About me Photo Essay Home Learning Links GPS Tracks Video
January 21, 2007: Nephila maculata, the mating game
Today, I found large female golden silk banana spider, Nephila maculata and her microscopic male partner, trying to execute the mating game. I think they succeeded, though the male wandered all over his female partner - until apparently finding the lock to open with his key. It was rather humorous because near the end of the mating process, a fly became entangled in her web and off she went, with her male partner haning on for dear life.

About 5 metres above the ground I found a huge golden silk spider web (Nephila maculata) and if you look closely, you will see a little reddish spider on the right side of her face. This is most likely a male Nephila in search of the solution to the mating game. The following photos simply show him as he moves about 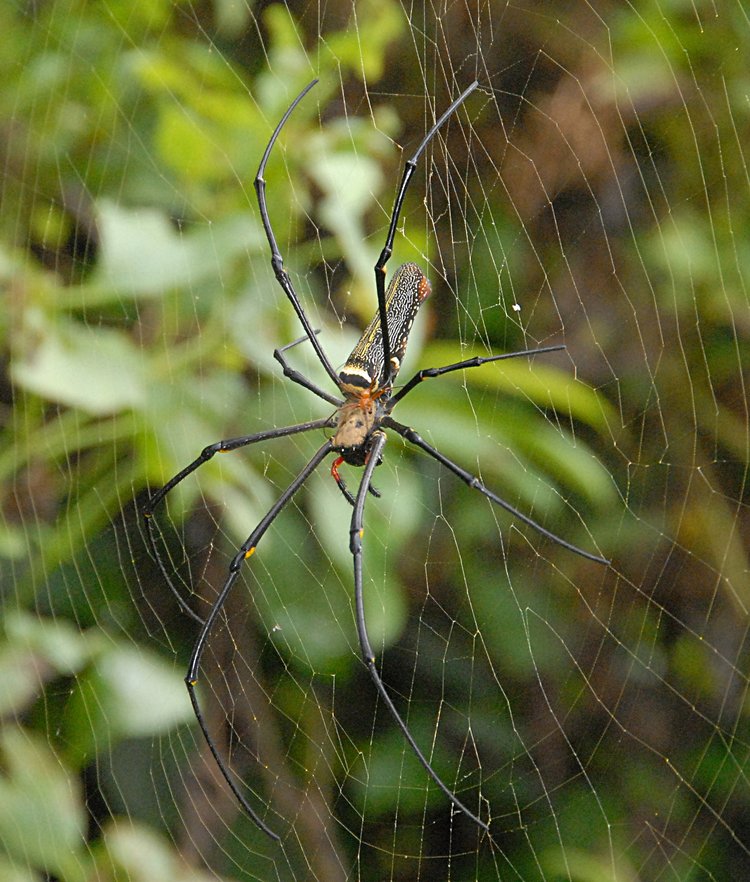 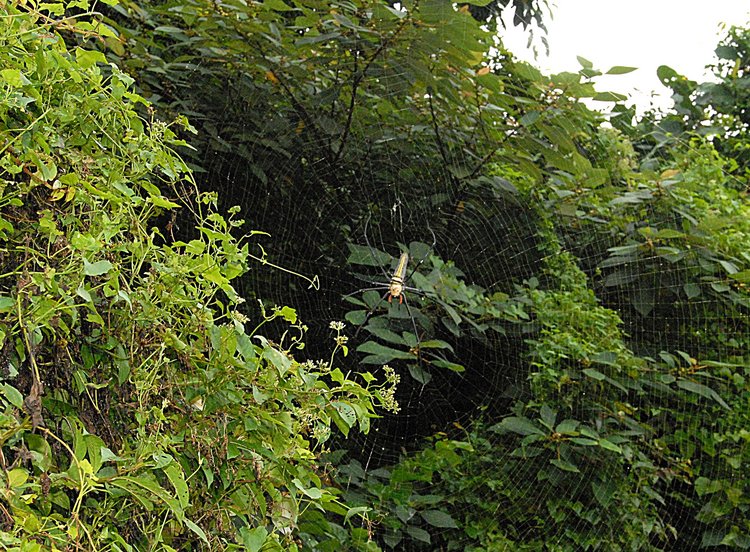 Here he is on top of her thorax 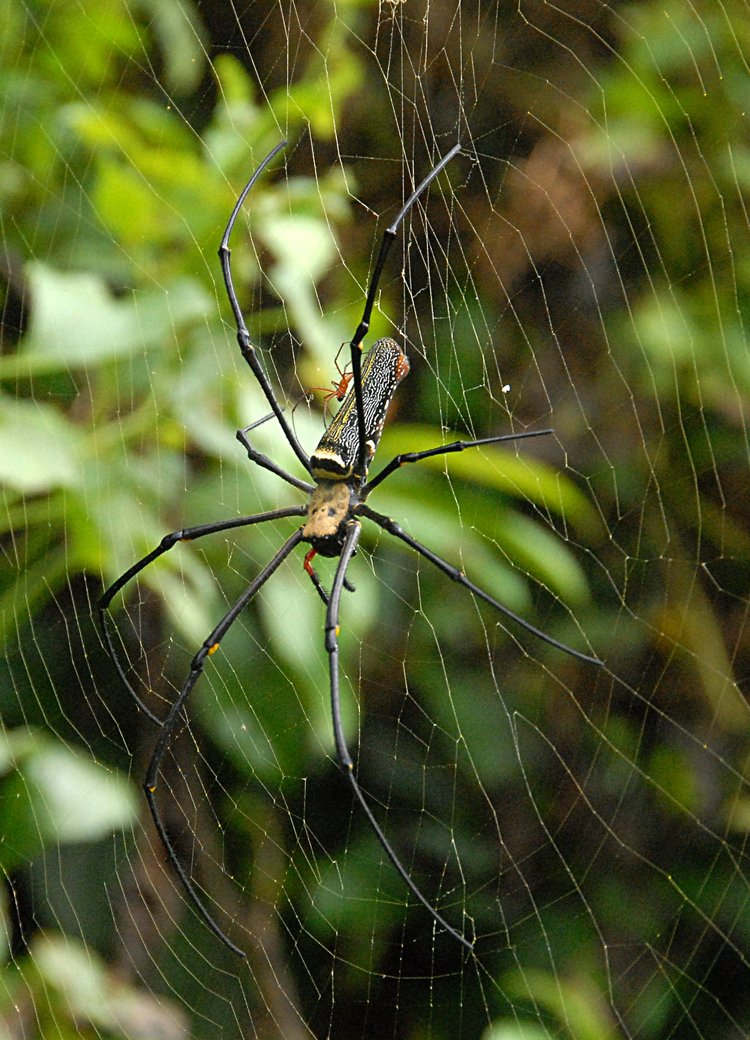 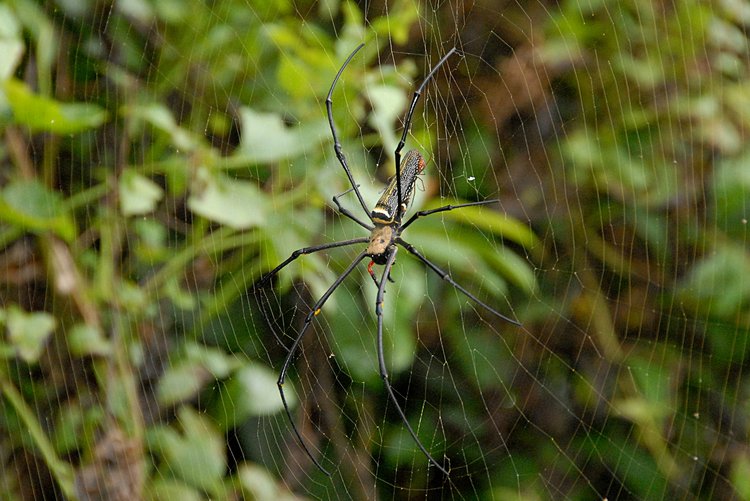 Here he is - back on top 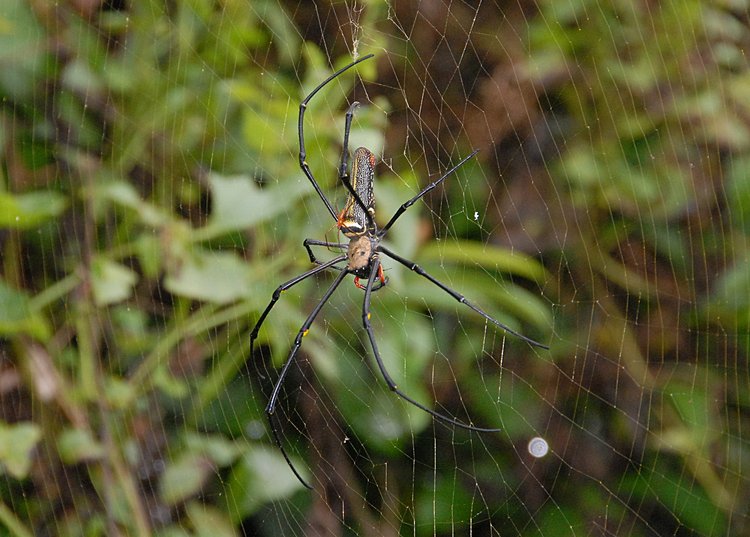 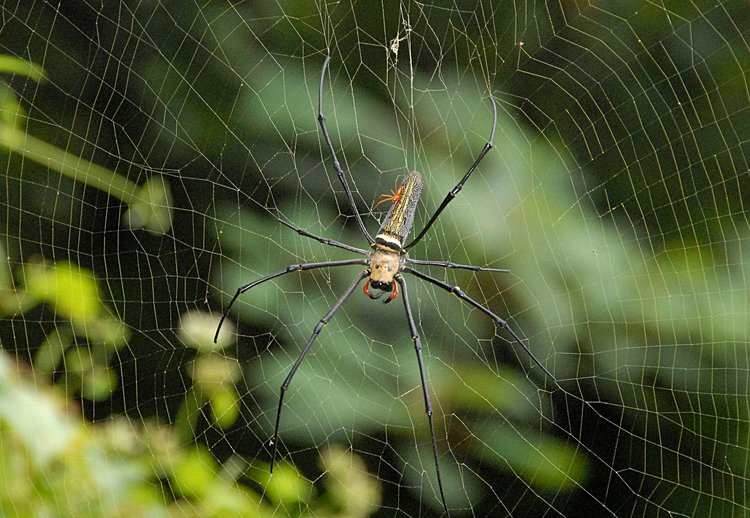 then to one side 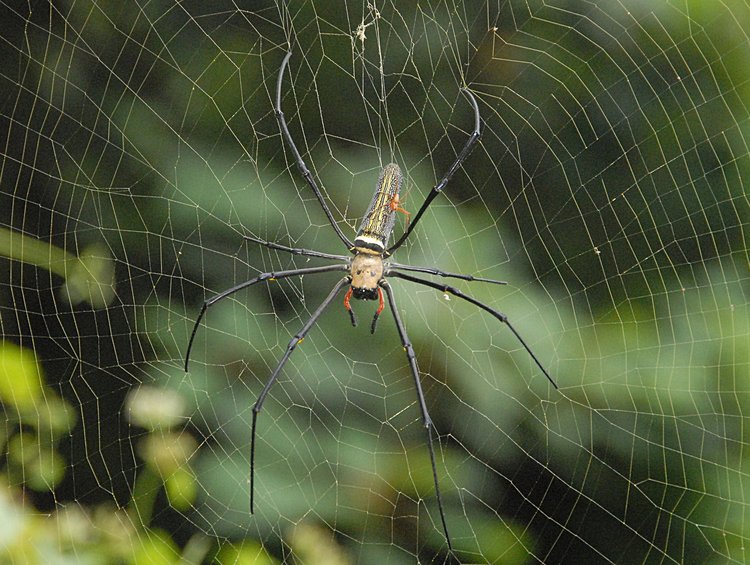 then back to the front 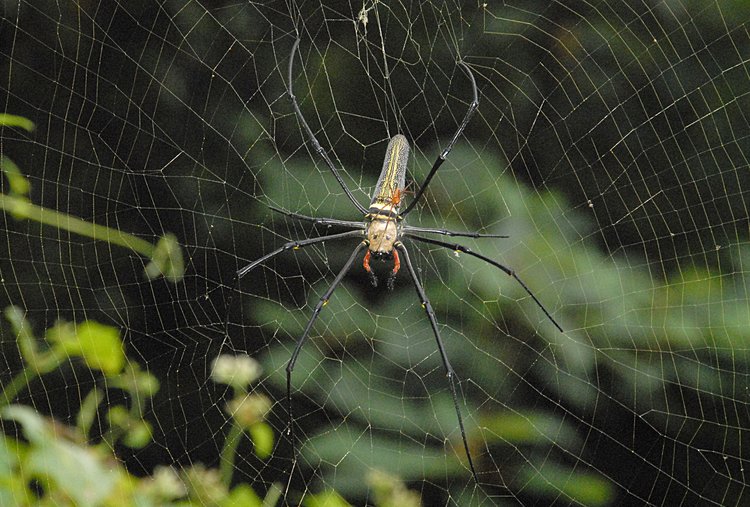 and climbing over her face 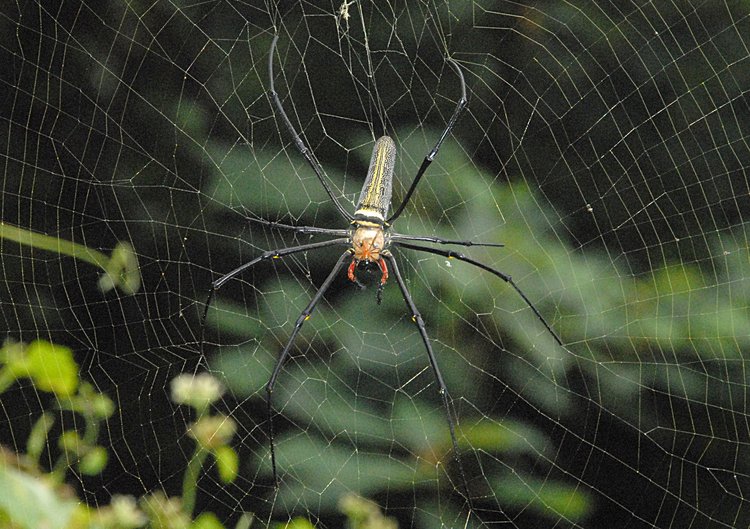 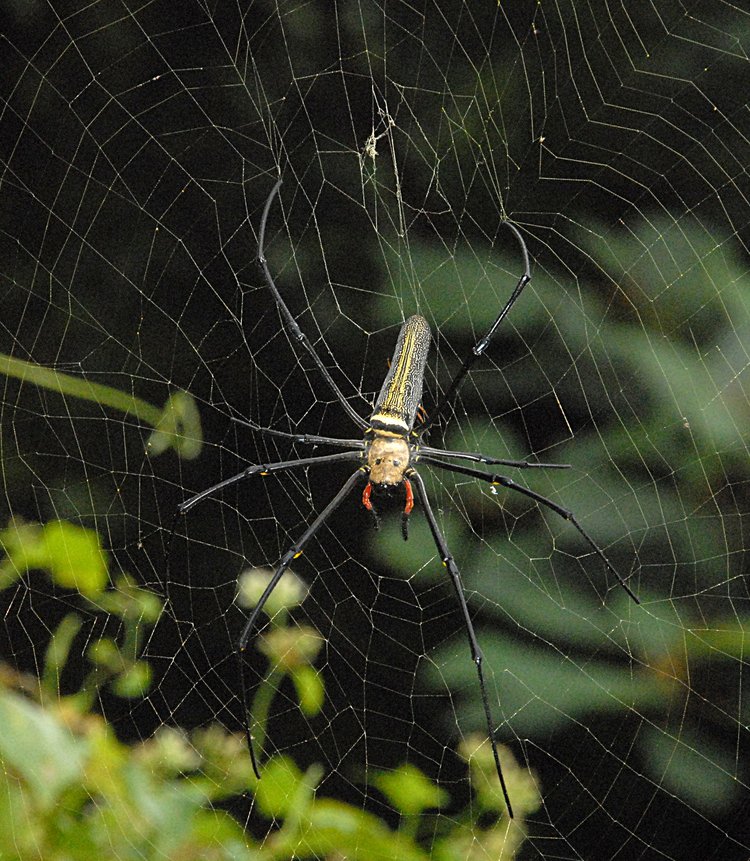 Now he is nearing the mating position 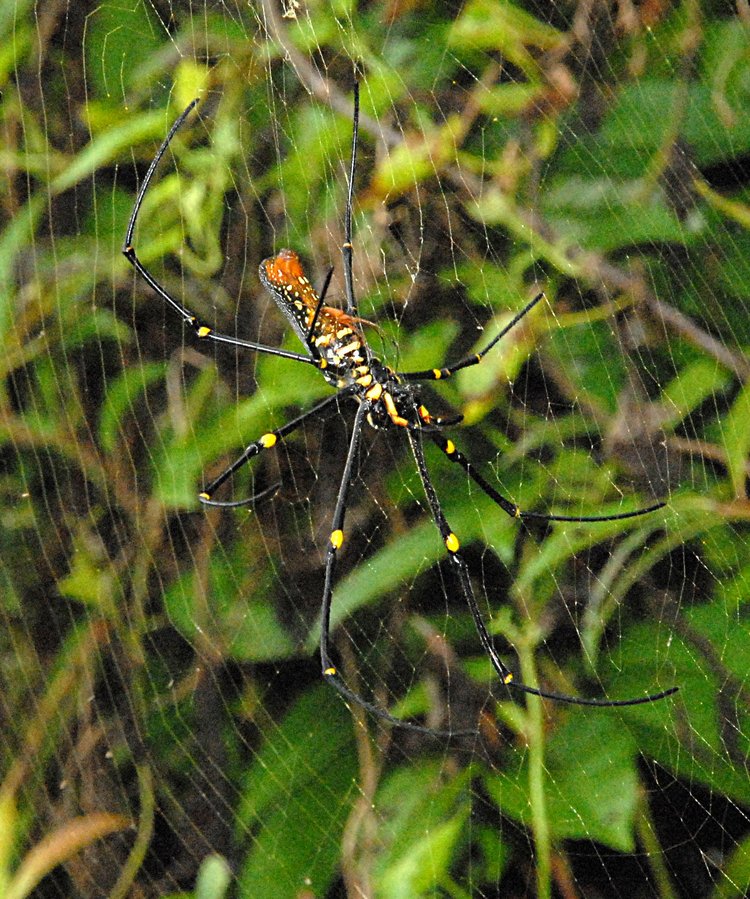 Slowly creaping up to the proper position 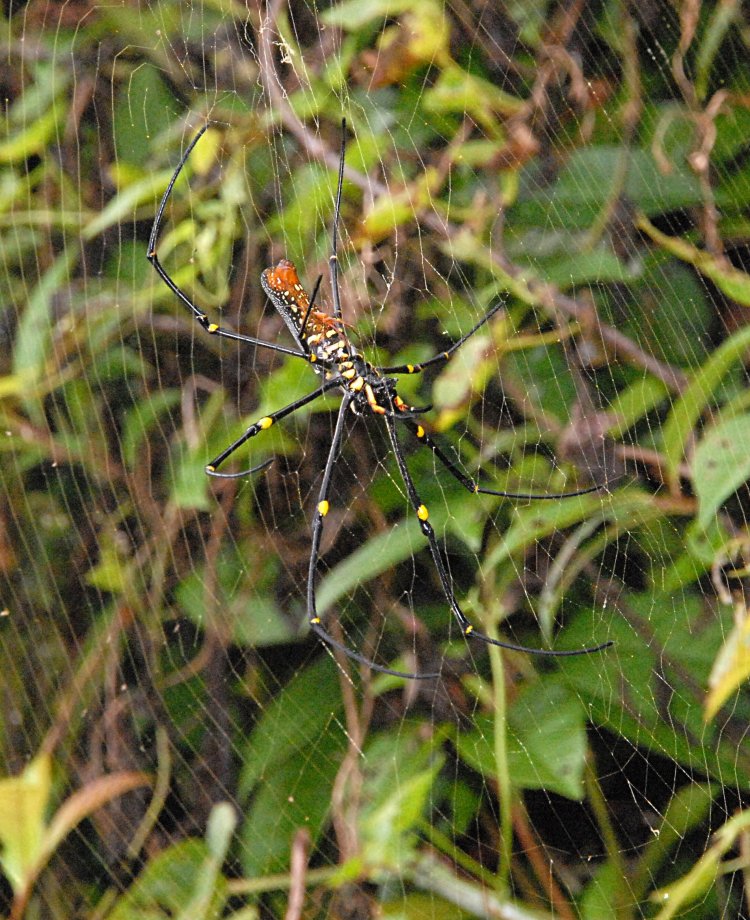 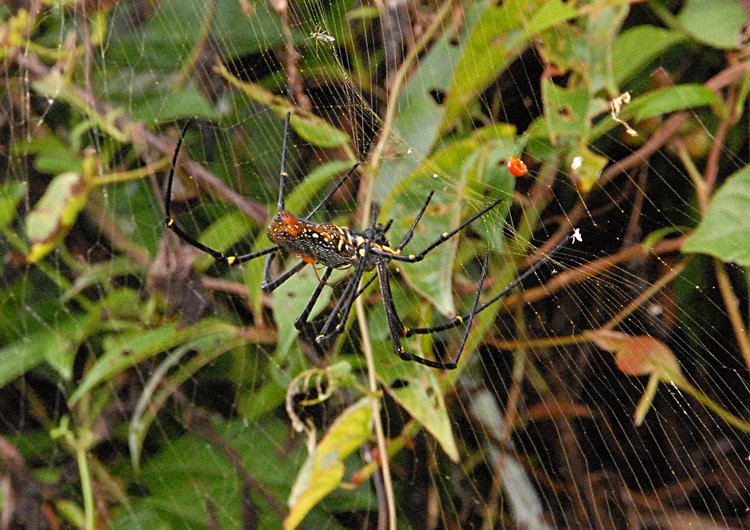 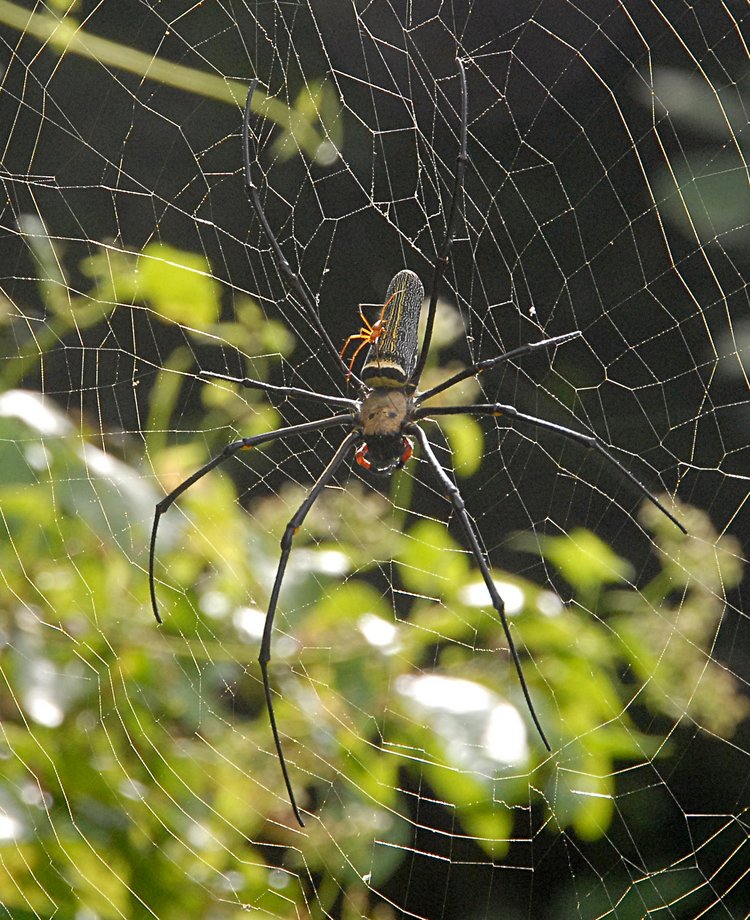 Hmmm - seems mating was complete, in spite of the interruption - so off he leaves - with his life still intact 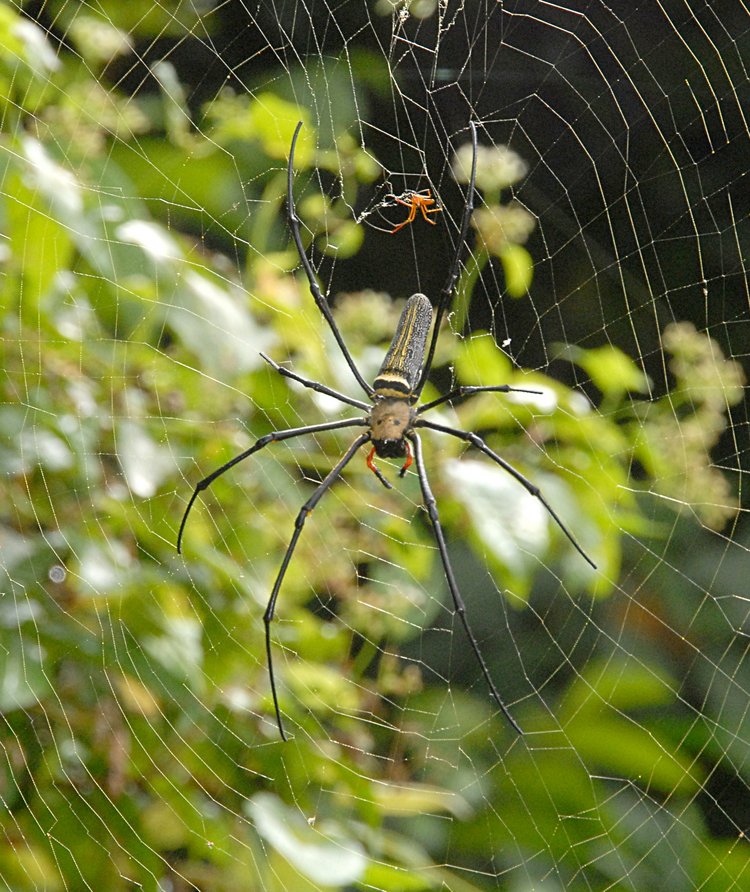 Moving further away (female typically eat their partners after mating 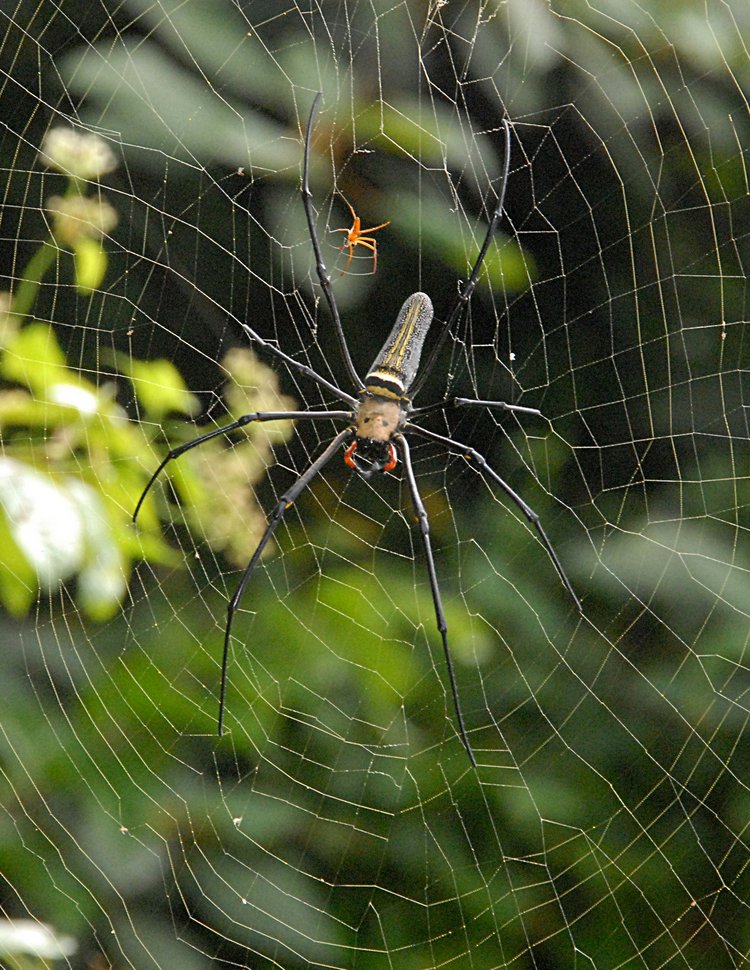 moving around a bit 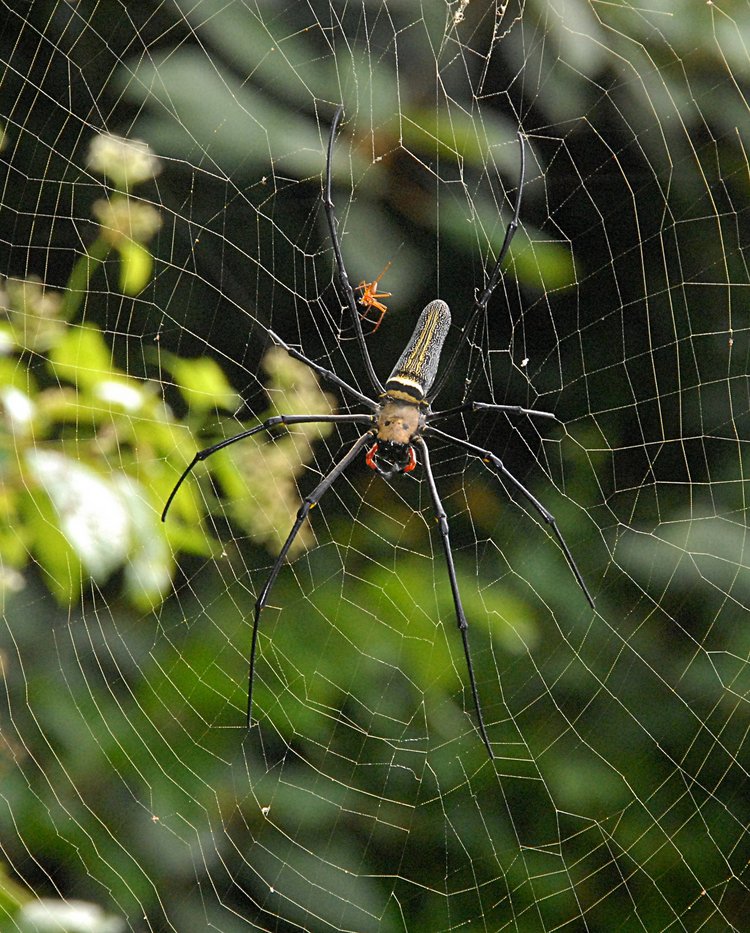 then getting some serious distance between him and her 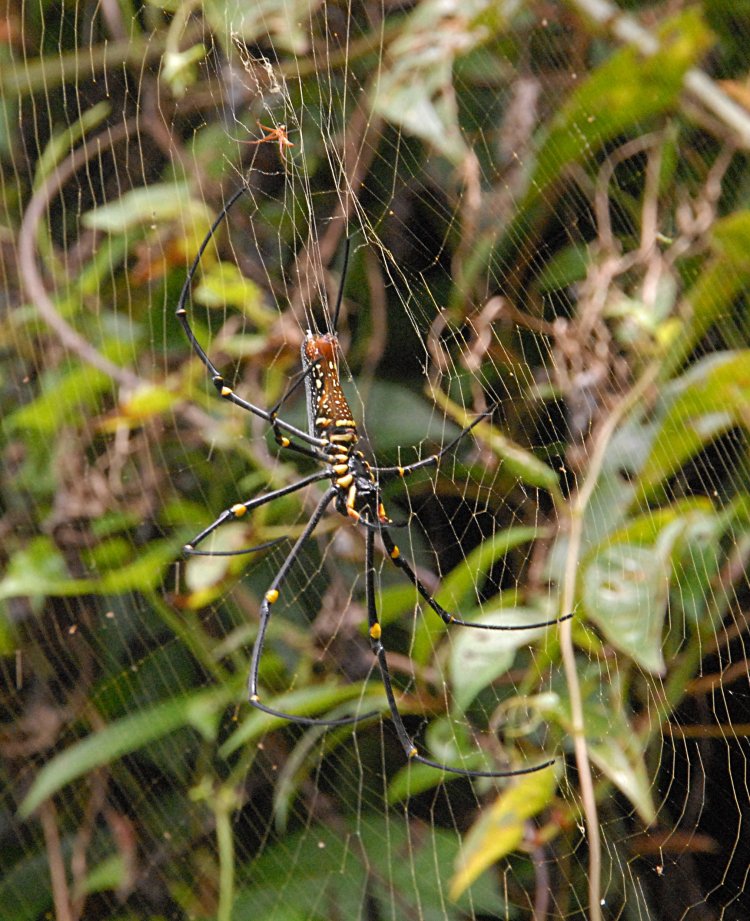 Now he is probably a safe distance away 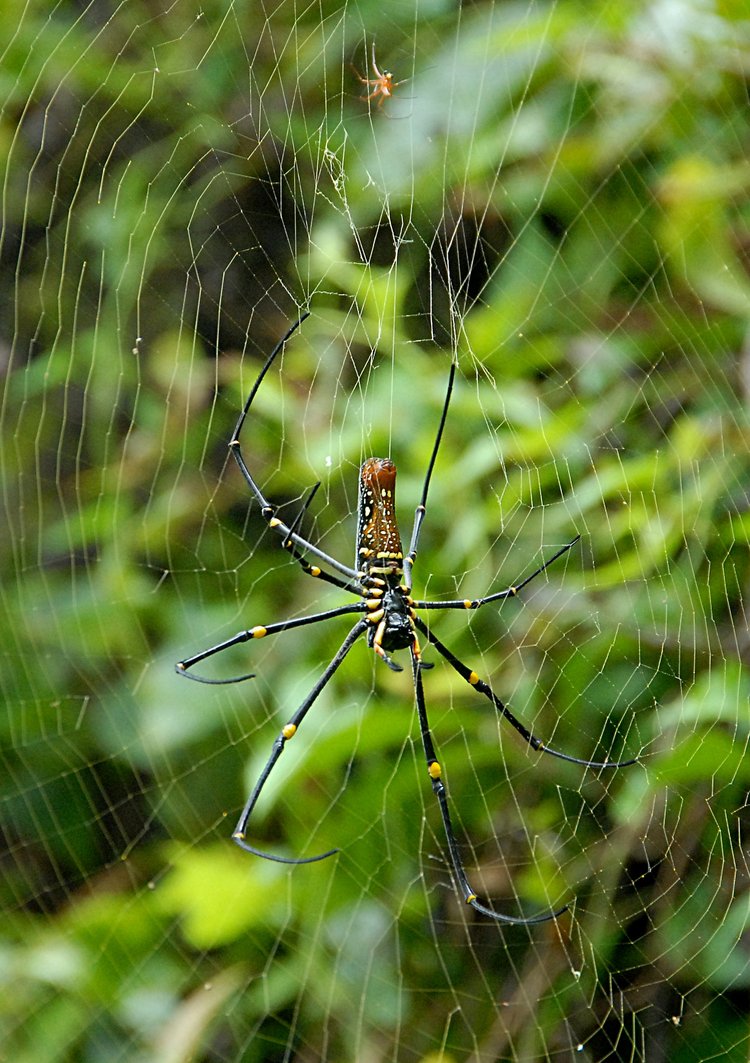