Larry and I set off to Lower Pierce Reservoir nature trail with Paul and BH. It had not rained in some time so probably there would be few spiders. So we focused on using our 365 nm torch to locate scorpions. We were not disappointed.

Face of a scorpion 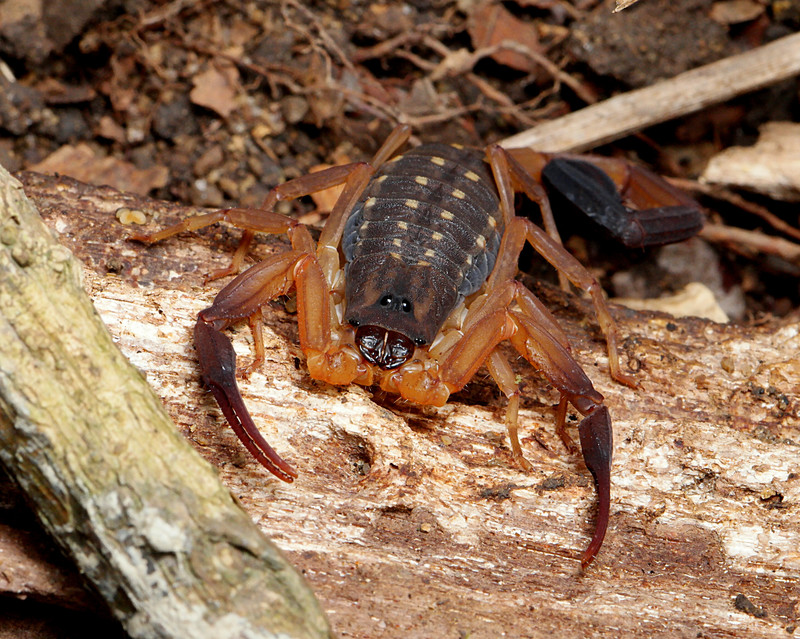 Long tail of a scorpion 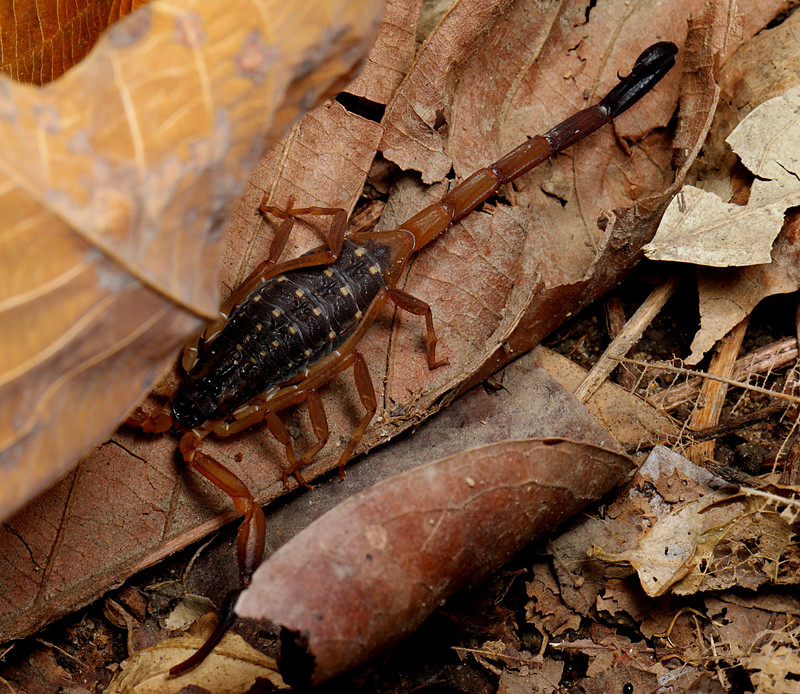 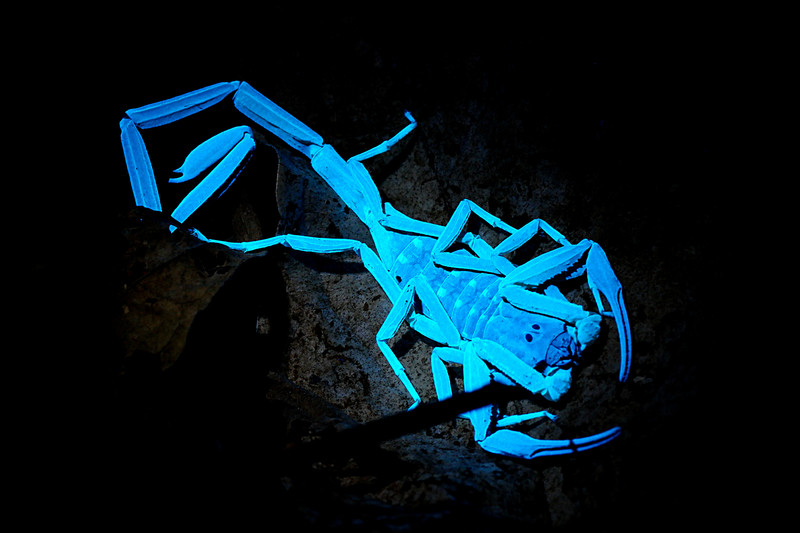 This was a big and pleasant surprise. A mama scorpion with kids hanging on all over her. She was perched under a leaf - and to the right you can see one of her open claws. 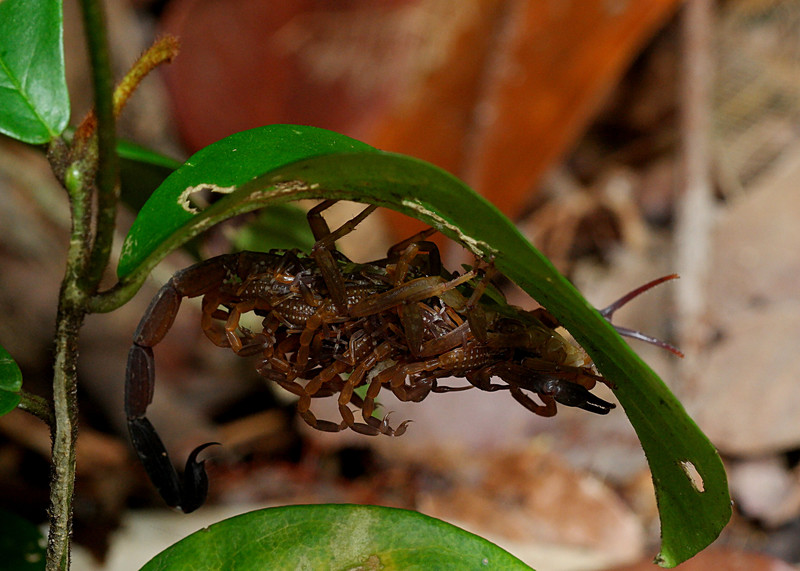 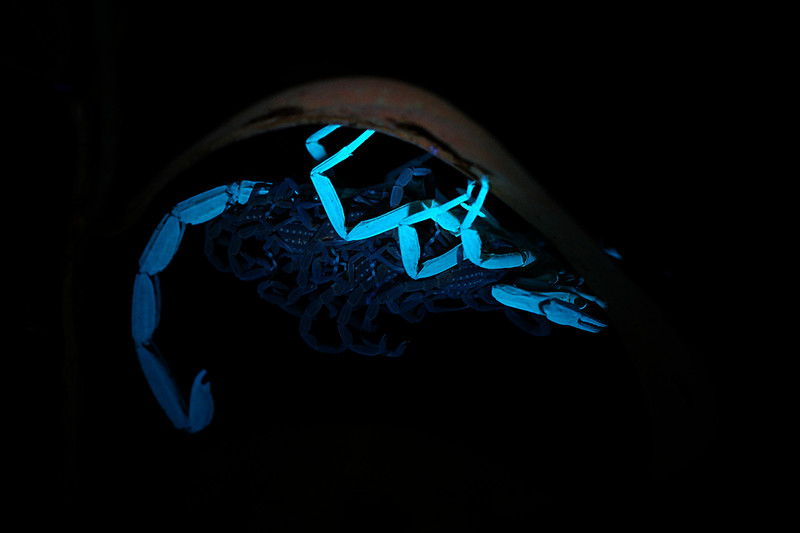 Another view with flash illumination 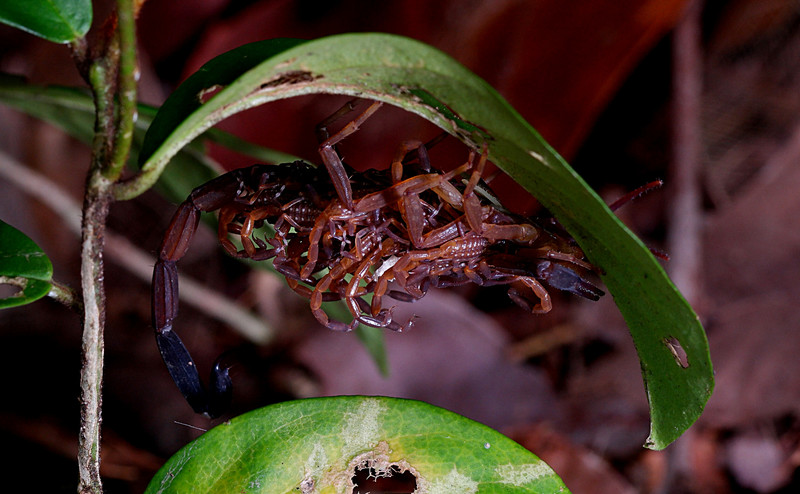 Predator and prey - which is which? A scorpion above a female huntsman (Thelcticopis sp.) 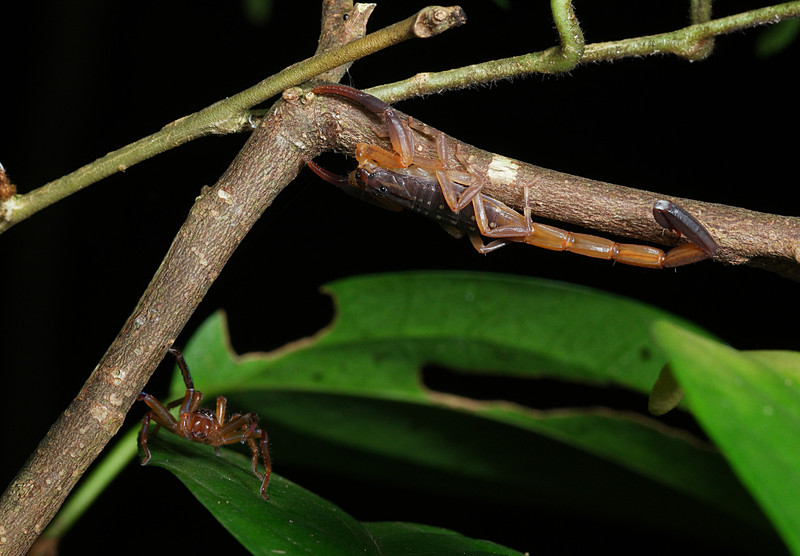 Another view - better resolution of the huntsman below 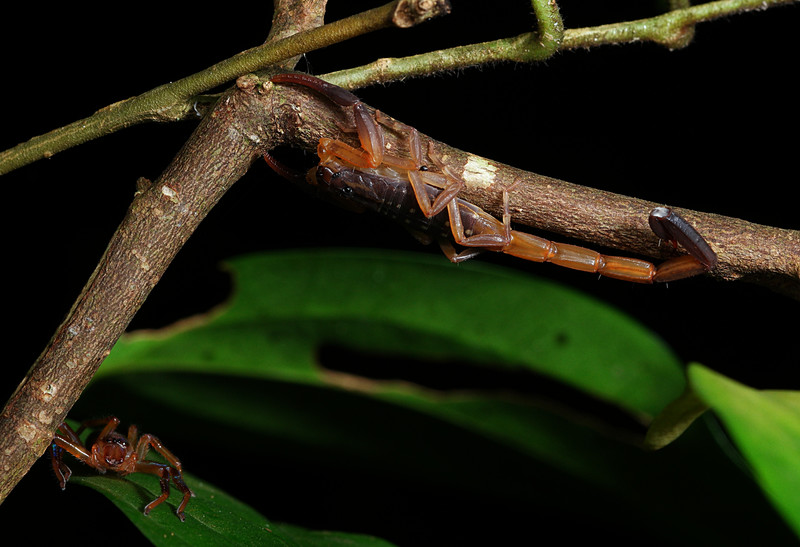 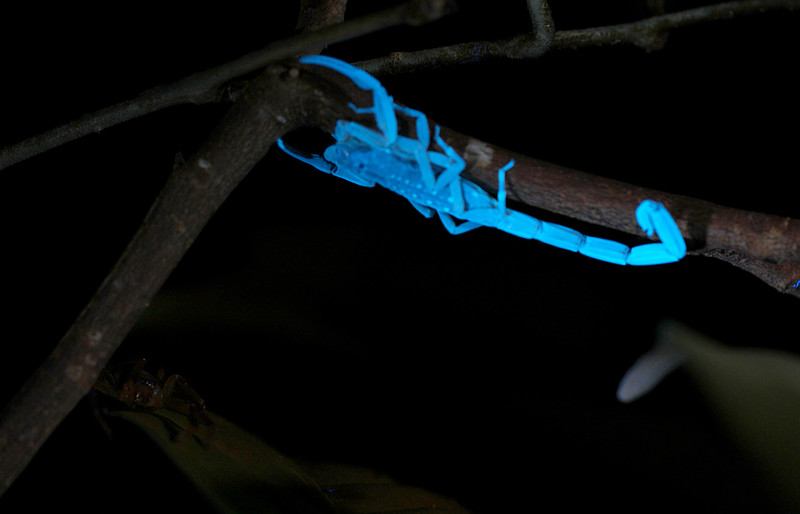 Another view of the scorpion and the huntsman below (Thelcticopis) 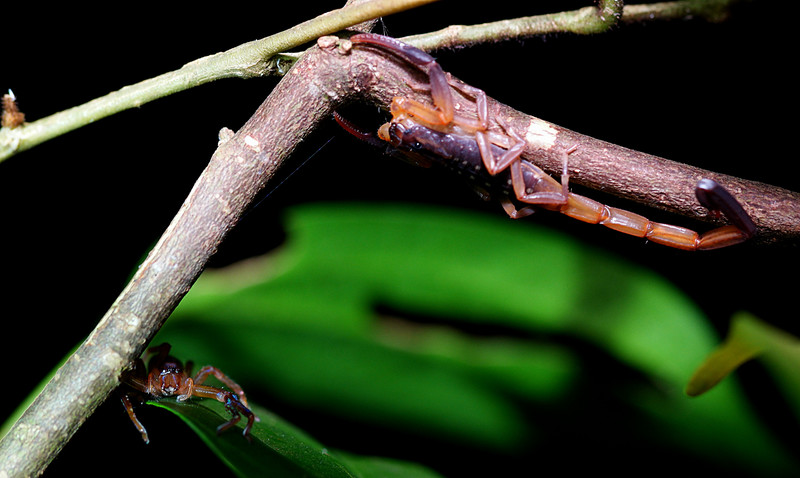 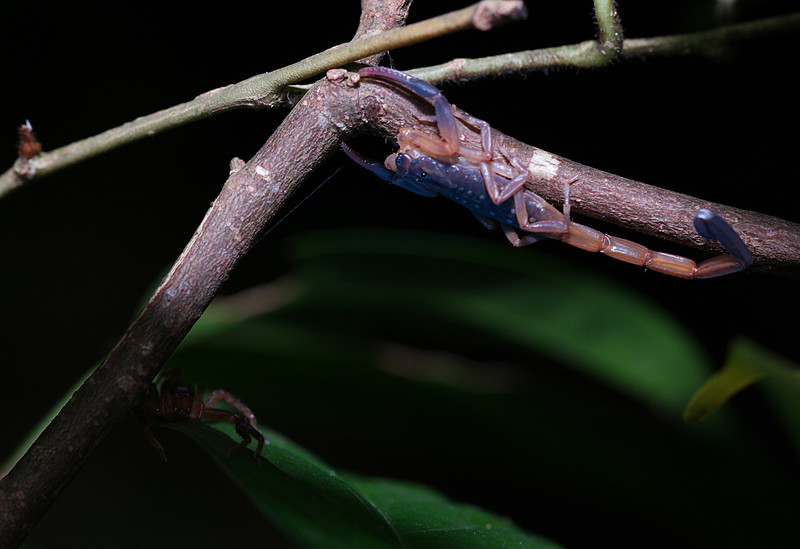 This is a better example. Note the huntsman (Thelcticopis sp. does not fluoresce 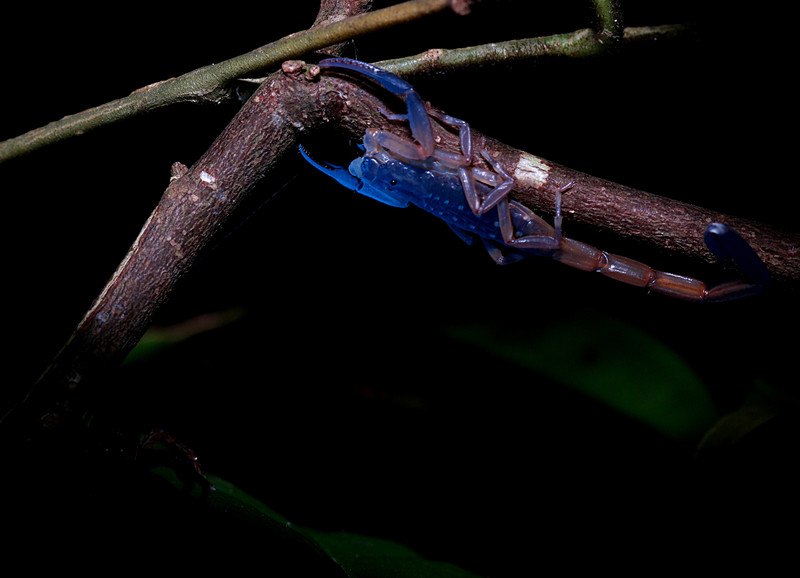 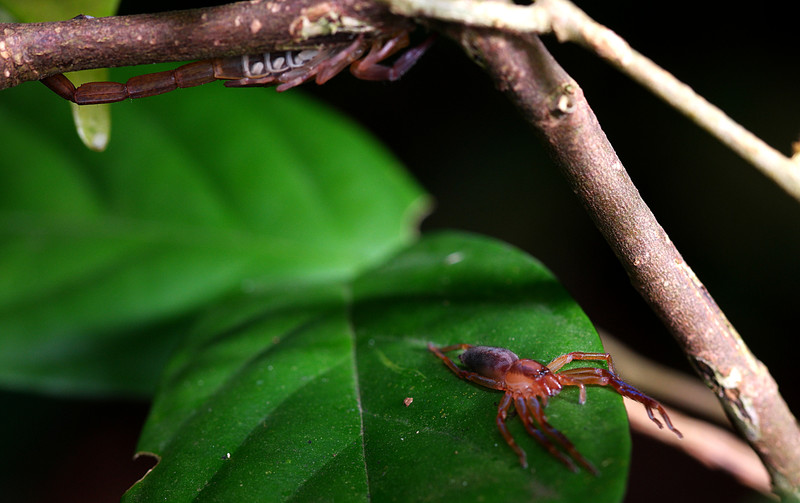 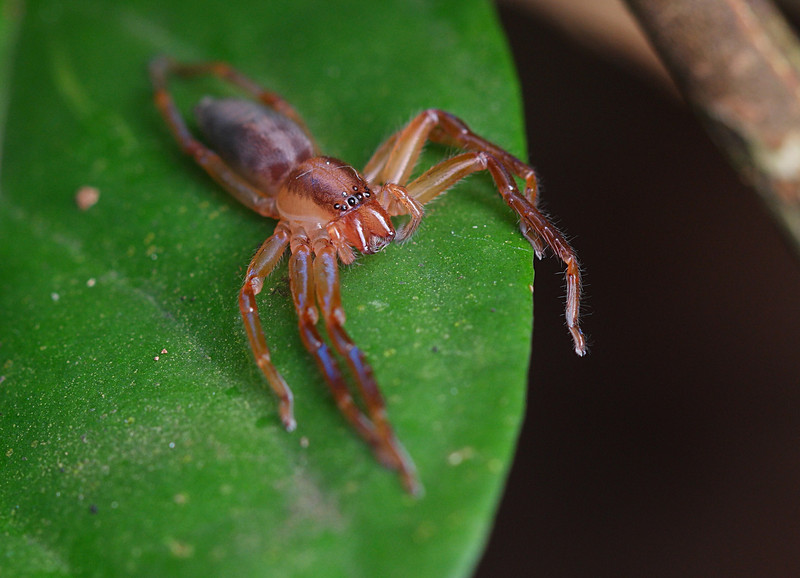 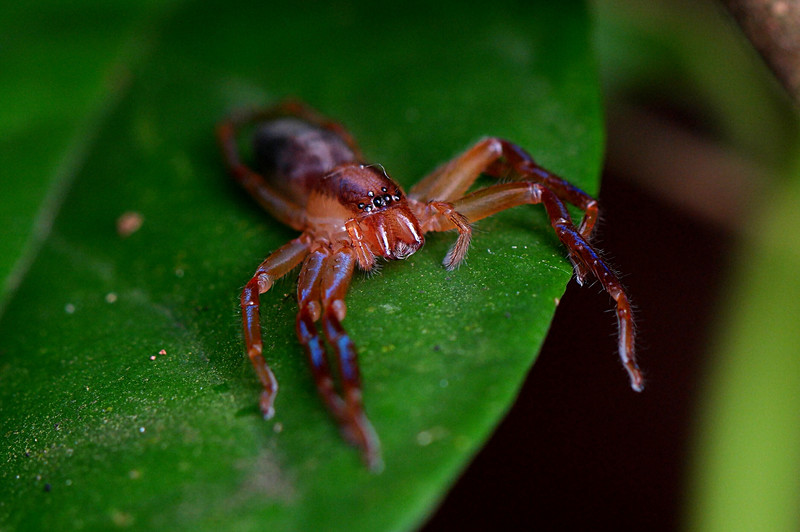