What an adventure. Ellen and I flew from Singapore to Guangzhou, then another China Southern flight from Guangzhou to Jinan. There at the airport were George and Patty - big big smiles in a sea of people. George immediately was attacked by taxi drivers - engaging him in reverse bargaining. His friend Matthew had given us some idea of the cost of a taxi from the Jinan airport to the Industrial Arts College - and it seemed that everytime George opened his mouth, the price increased. But his speacking - wow - nothing short of amazing. We finally settled on a taxi driver, George was the target of someone throwing something at him and finally we escaped. Then about halfway to Jinan, we discovered that not only did the taxi driver not know where we were going but friends that he telephoned also did not know.

Once in Jinan, George recognized a street and then with his cerebral GPS sytem, successfully navigated until we were at the college, our room and Matthew. Then we went to Jenny's for lunch.

Here is the main building of the Industrial Arts College 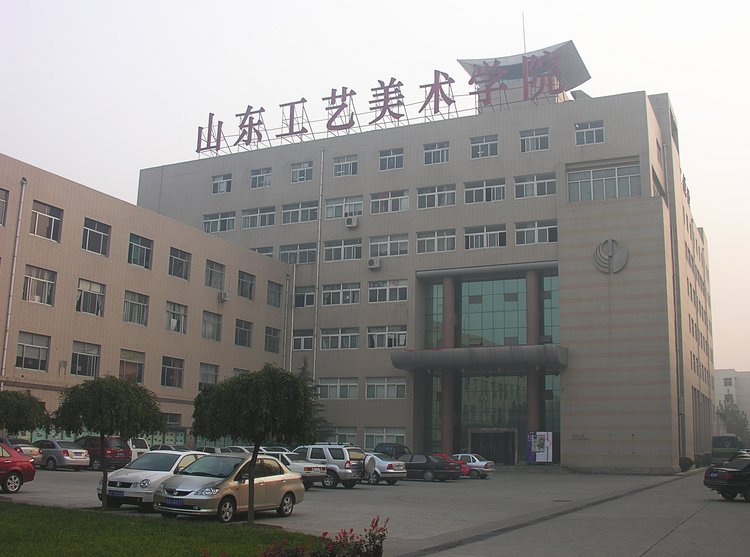 Breakfast on the street 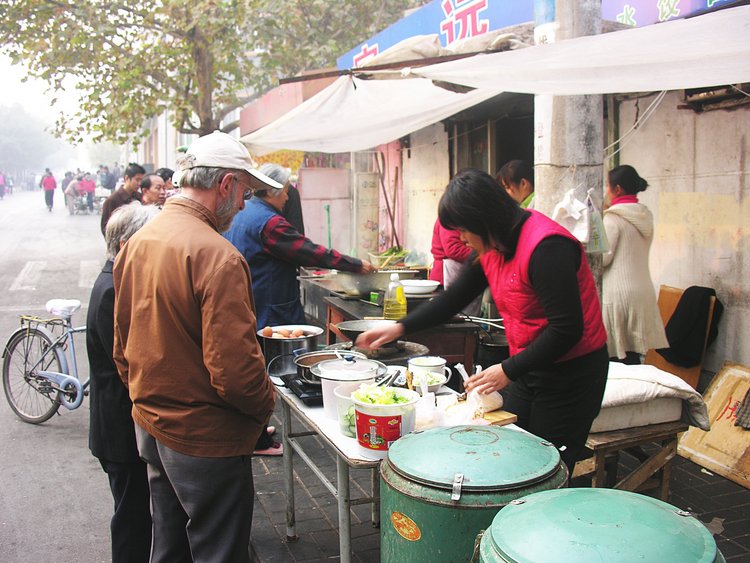 with tables designed for short people 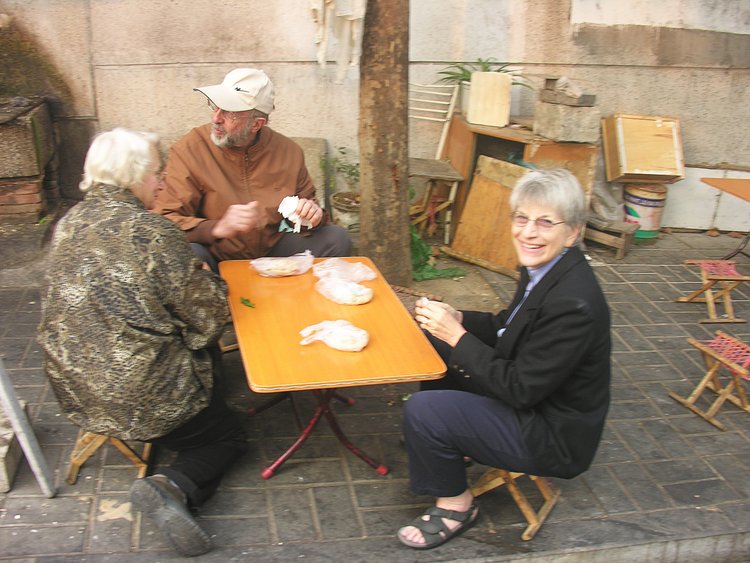 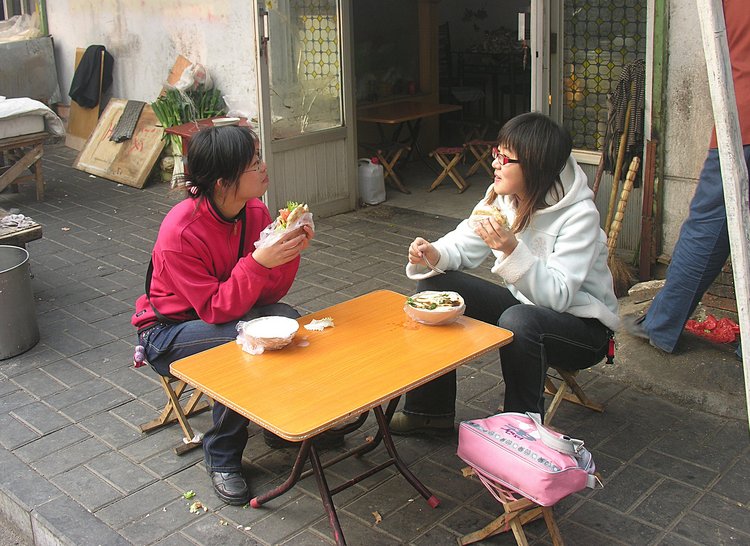 Then we starting our adventure - down the street 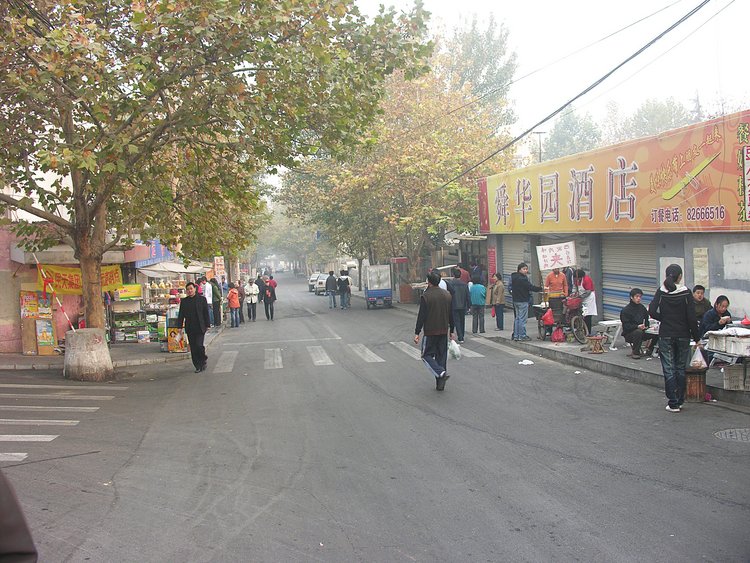 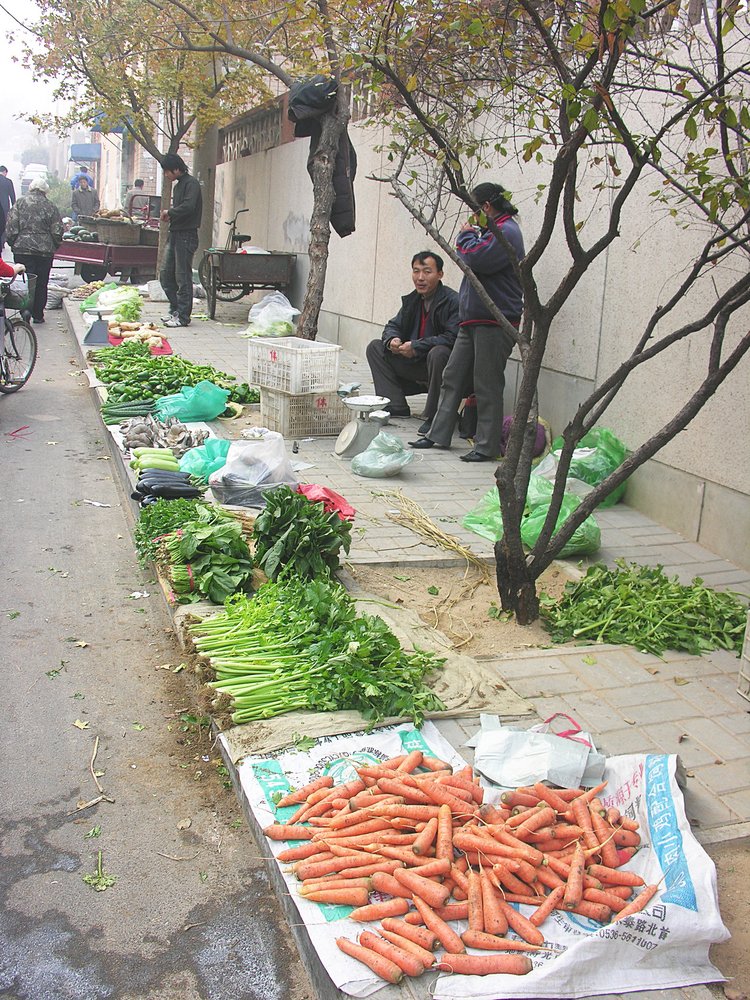 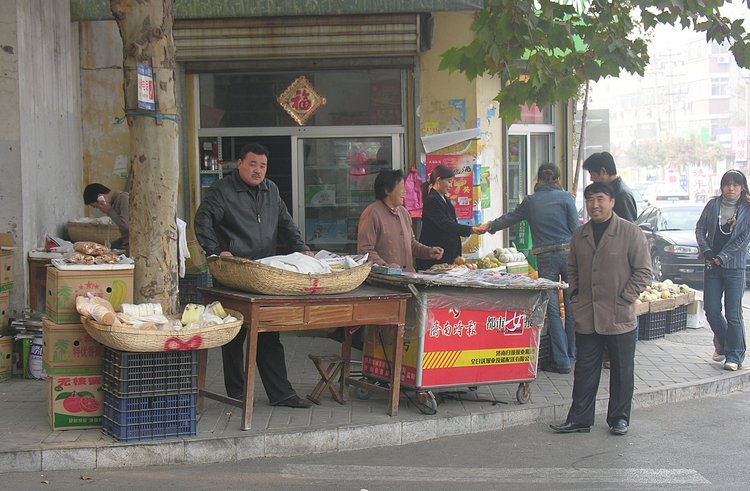 and a guy preparing fired chicken 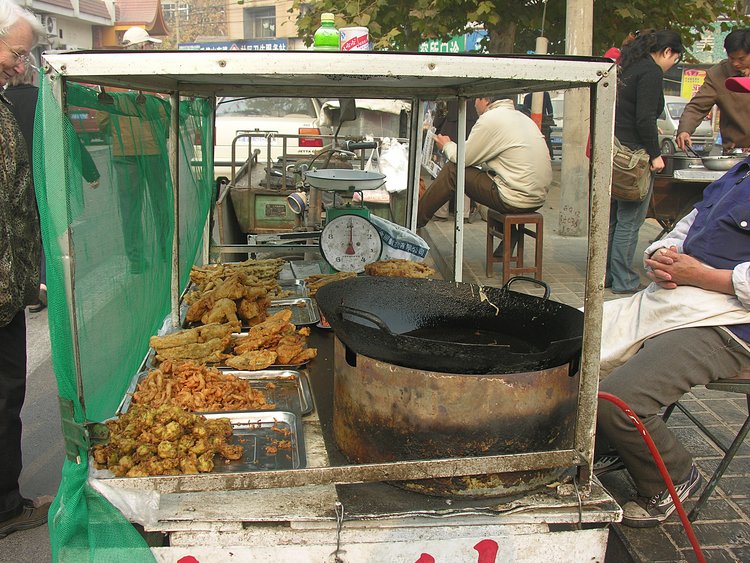 and a bit of stir frying 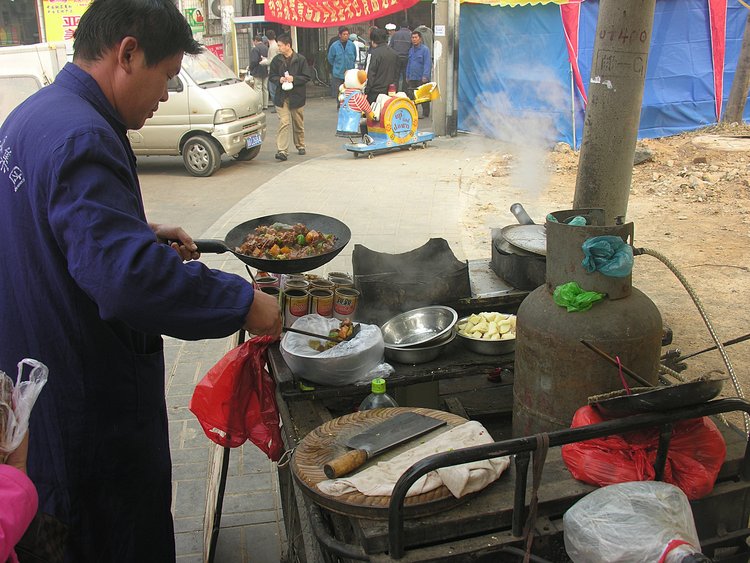 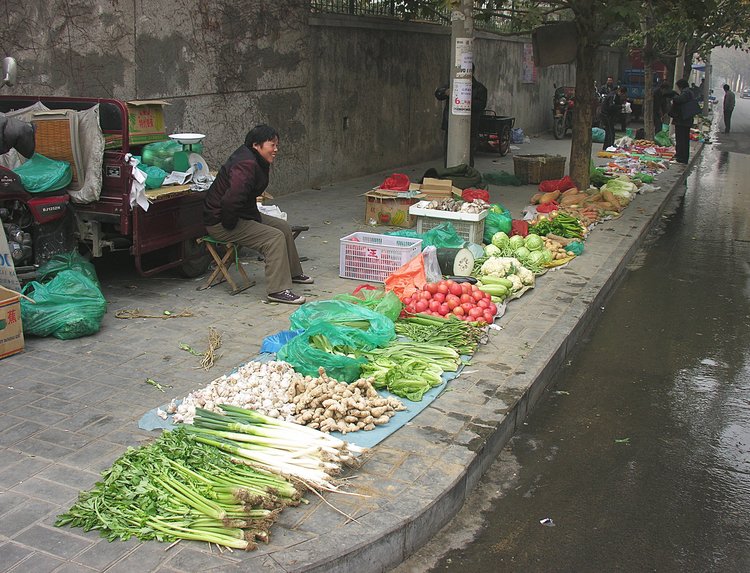 Then one of our many cultural discoveries: a walk / don't walk sign and a bike / don't bike sign. Green = walk / bike 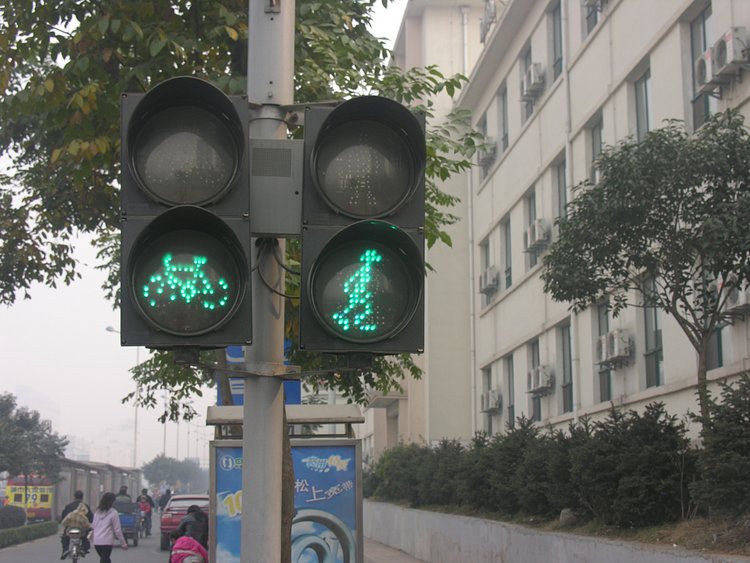 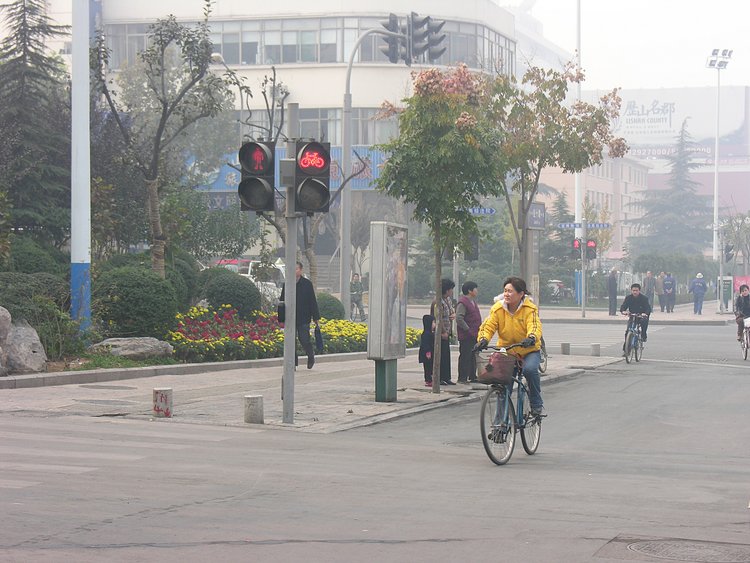 a hazy street - with multimodal transport 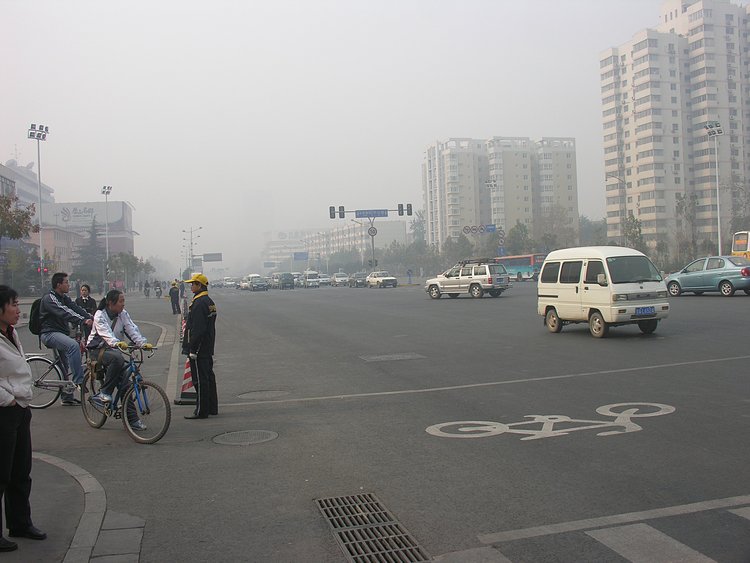 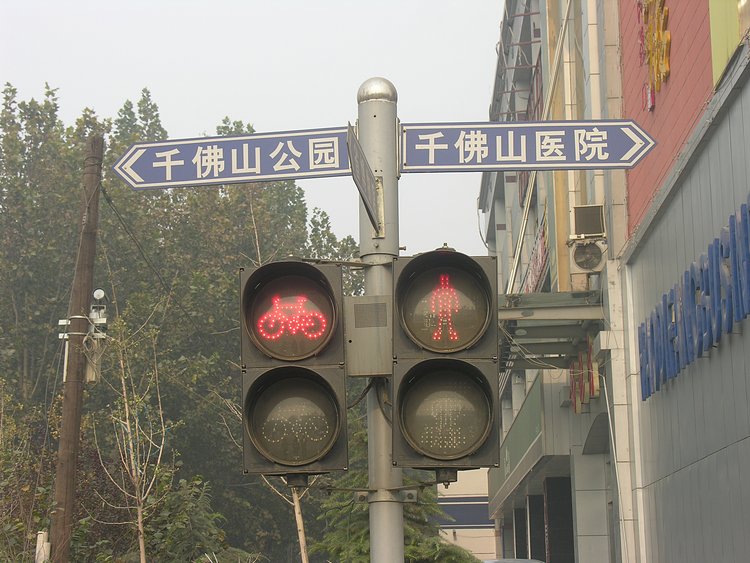 and for those that don't want to walk - a taxi stop 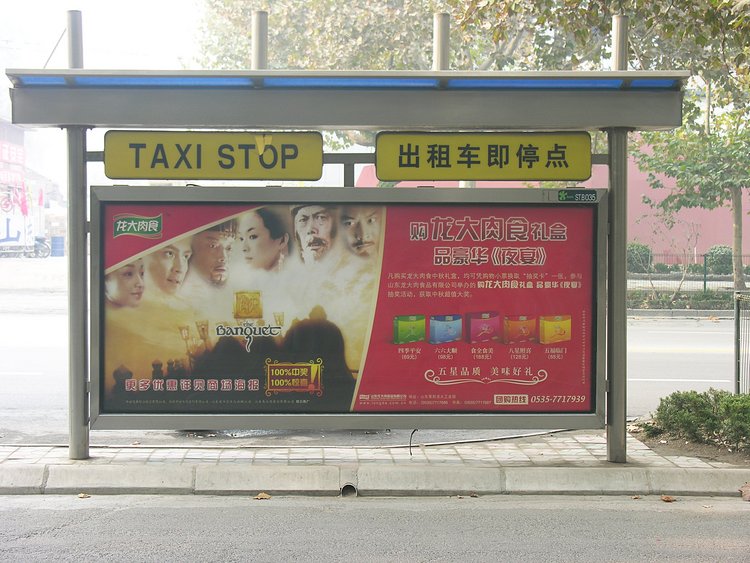 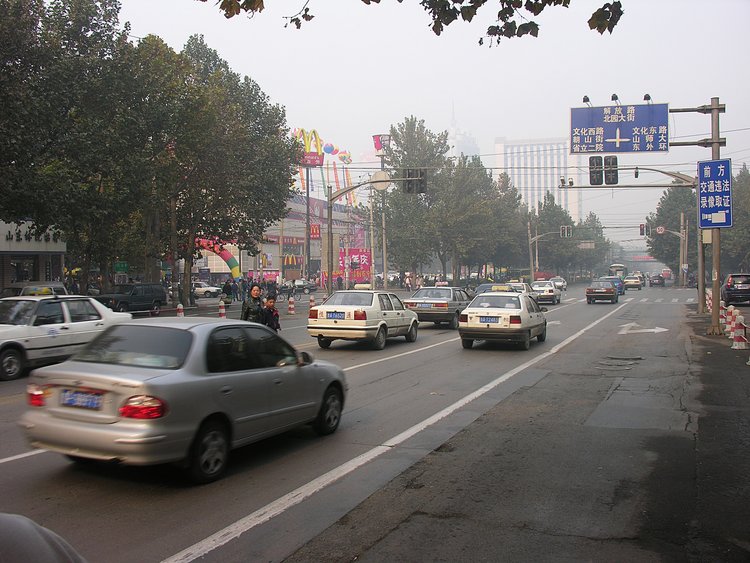 After lunch - sure enough - I found some building in progress 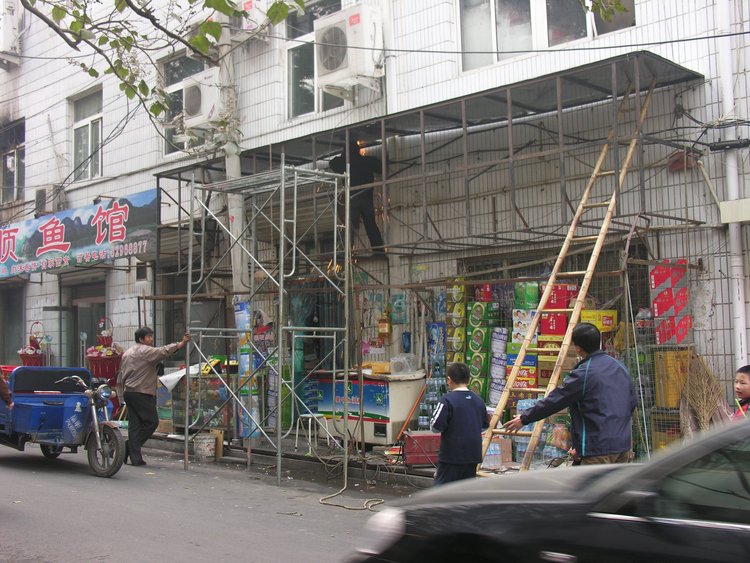 Another example of creative transport - and some foot doctoring 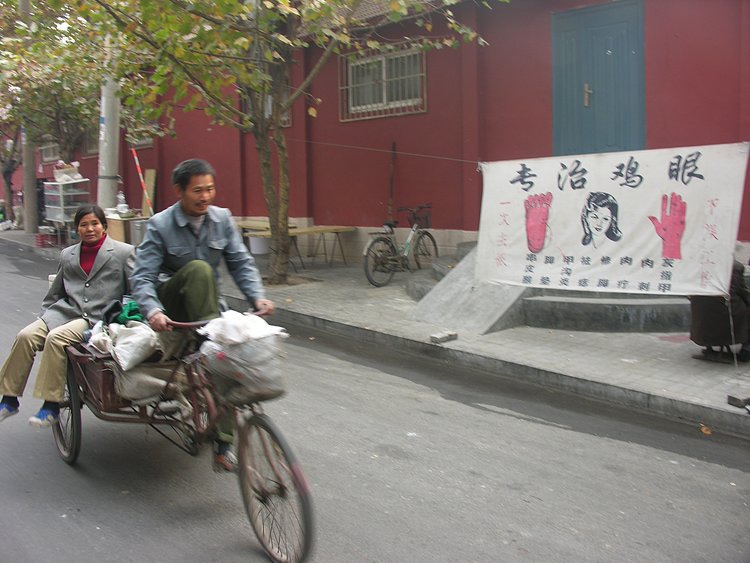 Then a group of guys playing Mahjong 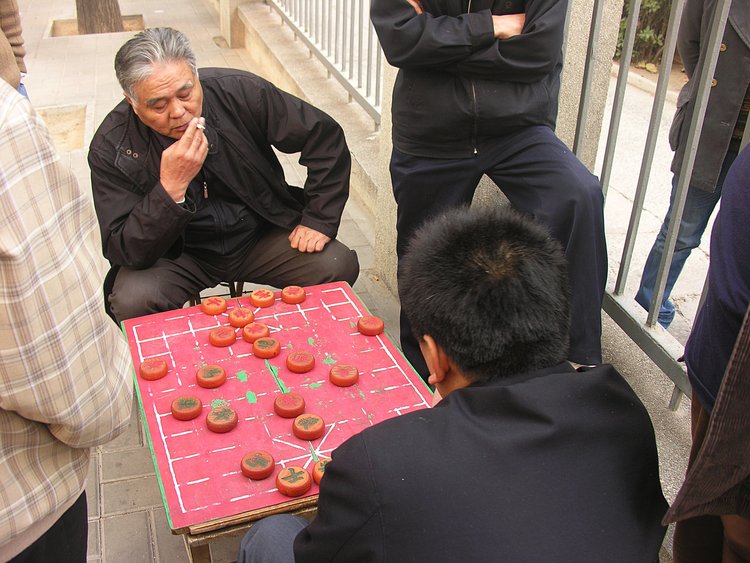 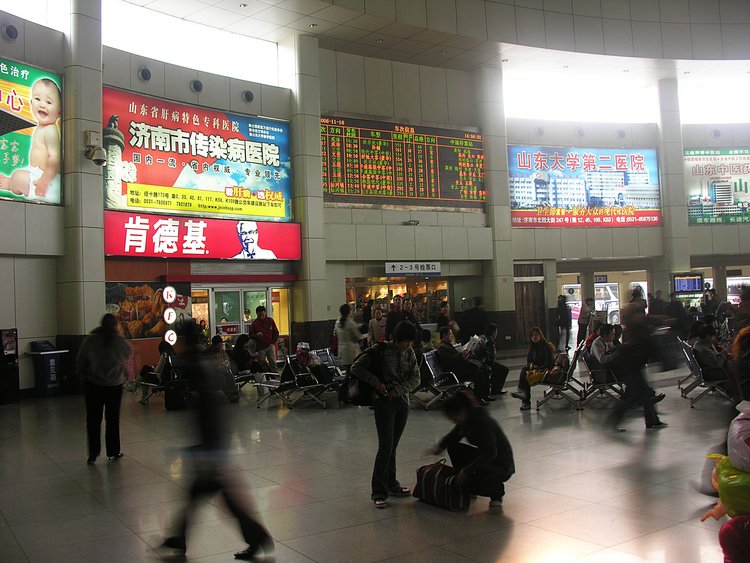