This was one of the best flights I have had on SQ22 / SQ21. Yen Ping, Kok Mun and MJ and the rest of their cabin crew not only provided wonderful service but these 3 sort of out anticipated me and made this trip one of the best ever. I got some interesting photos of the condensation vortex that is promoted by the nacelle strake (more later) on the engine housing.

Looking from Terminal 3 Gate B7 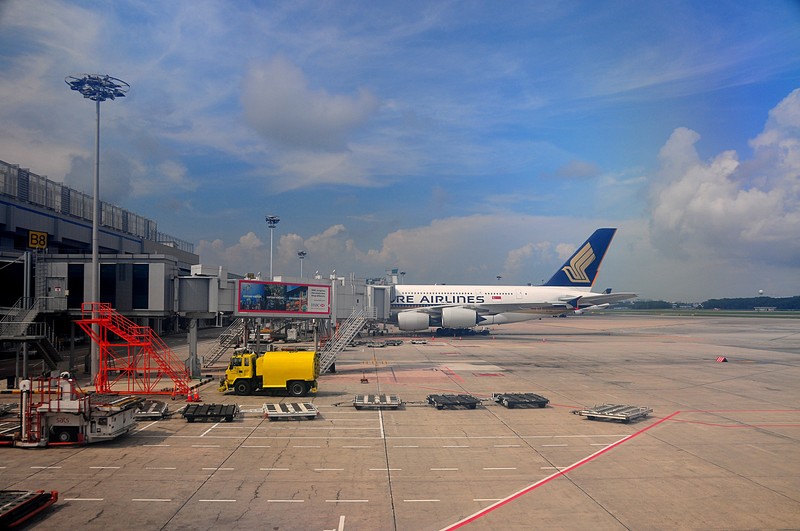 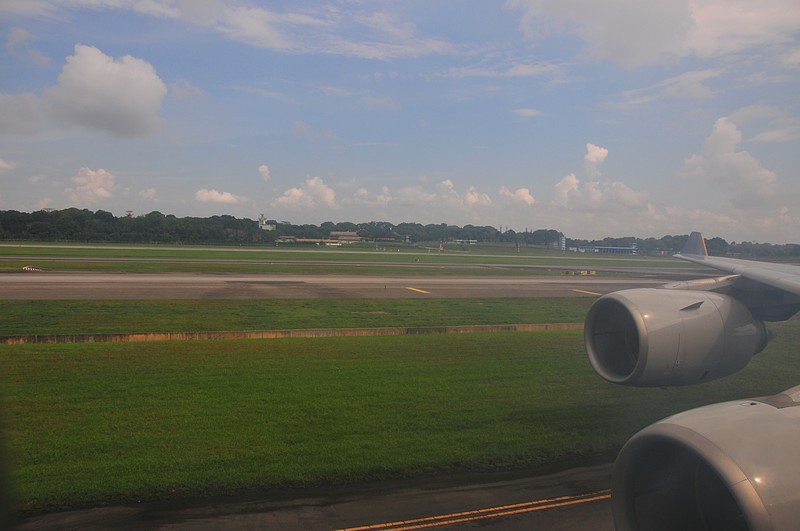 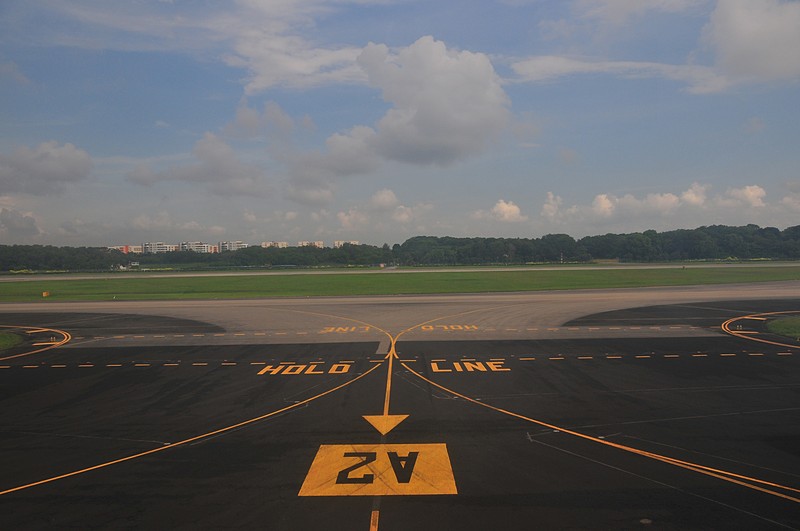 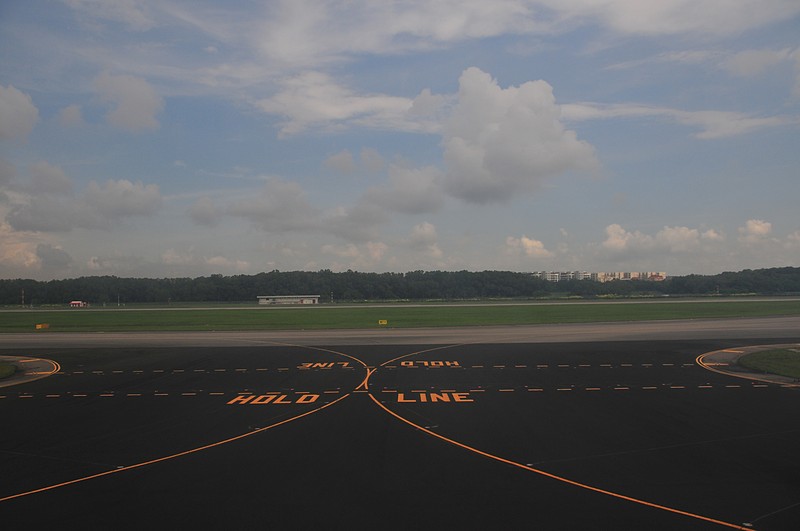 A flock of birds were flying over the water drain 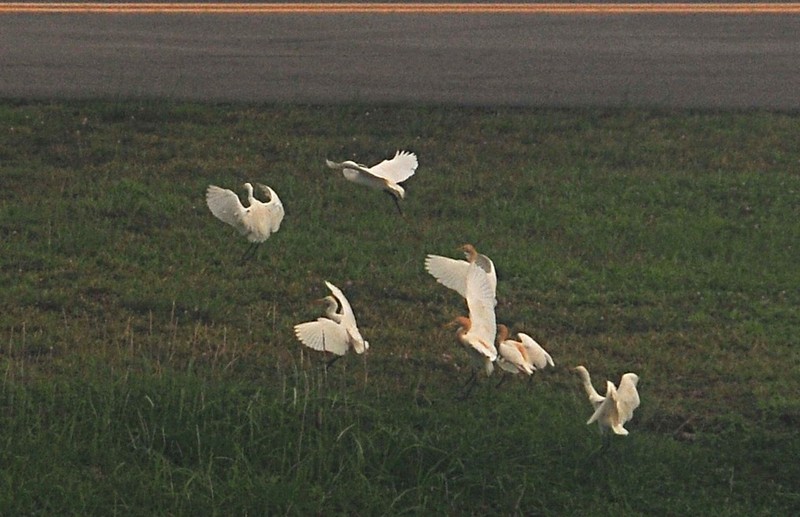 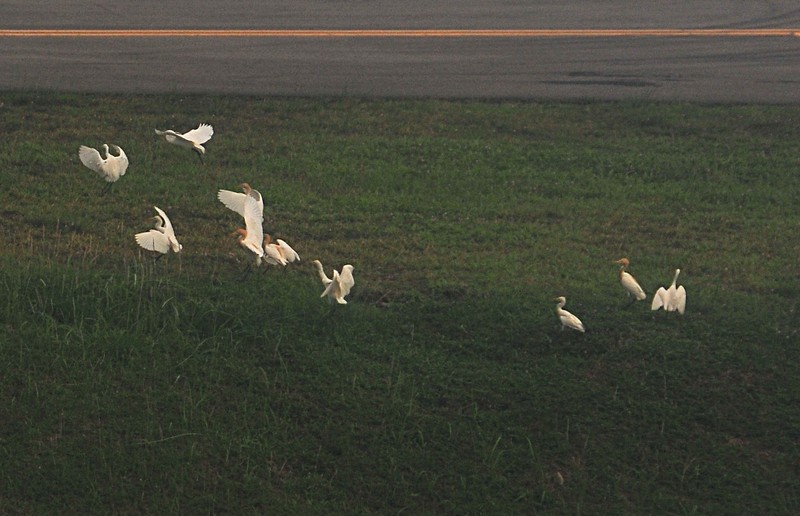 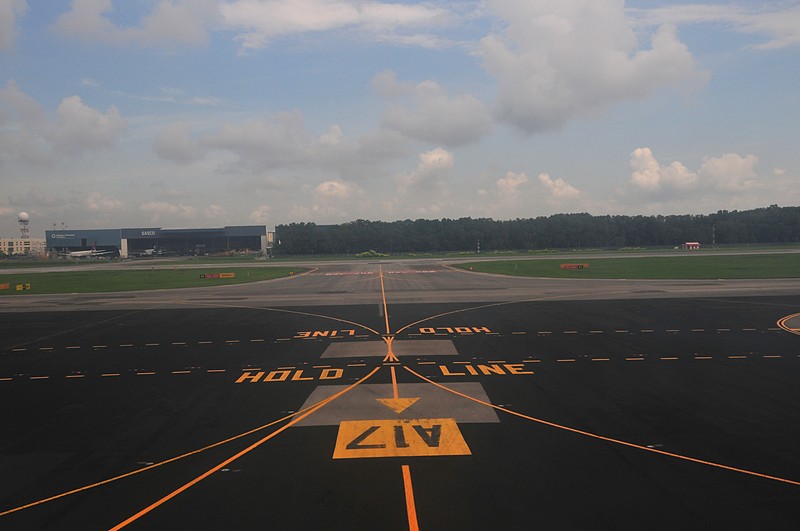 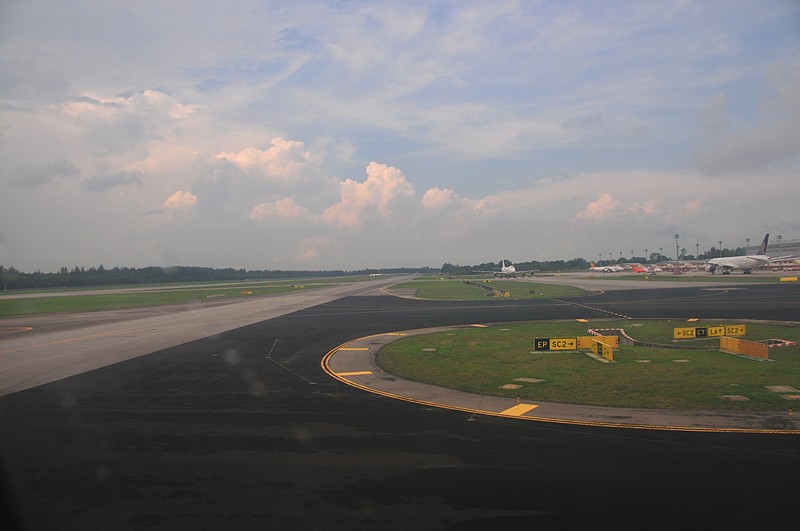 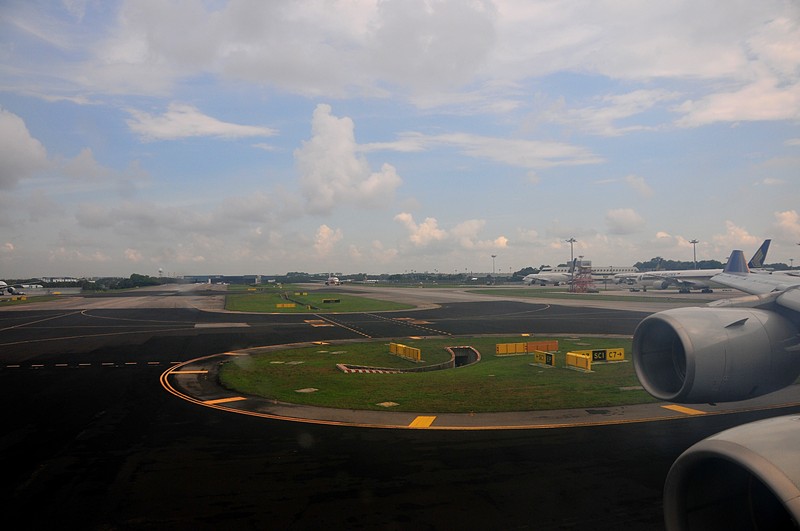 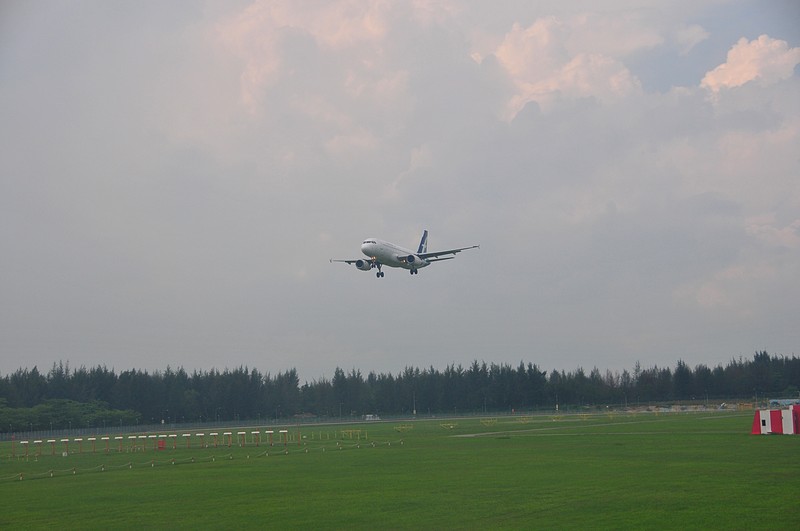 For a couple of years, I have been fascinated by the appearance, structure and disappearance of what I call condensation vortices. They appear along the engine housing and off the tip of the wing stabilizers. One of the flight crew referred to the housing plate as a Nacelle Strake. Here is initial vortex formation - you can see the initiation of the vortex at the Nacelle Strake 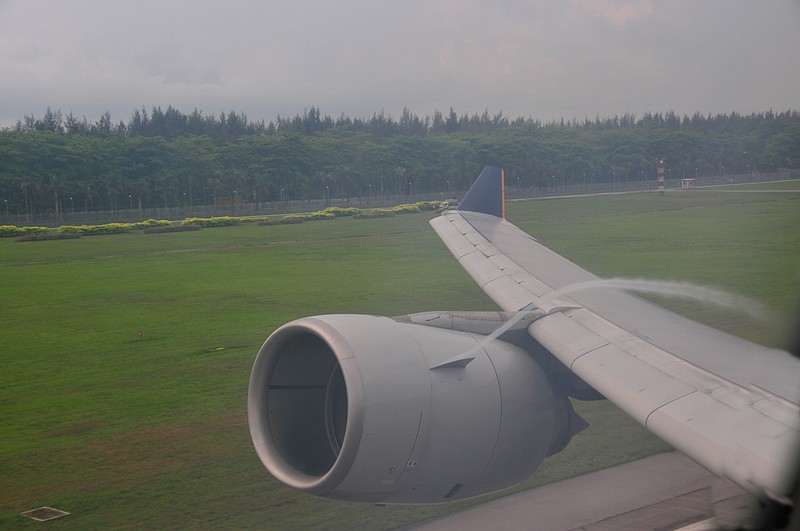 Closer view of the initiation at the Nacelle Strake 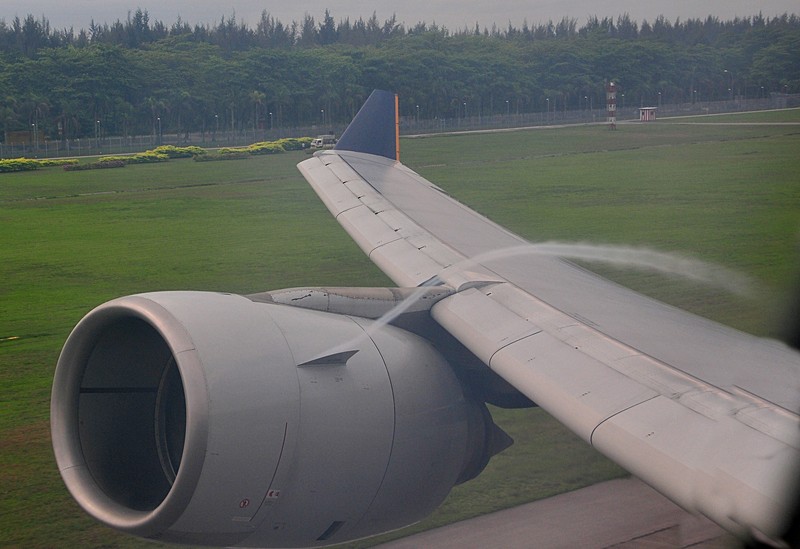 Mark Stock apparently (according to Nafees) is a computational fluid dynamics colleague and made this video of vortex behavior. One of the delights of Facebook is making connections such as Mark - which help me to better understand condensation vortices associated with nacelle strakes on A340 and 777 aircraft. 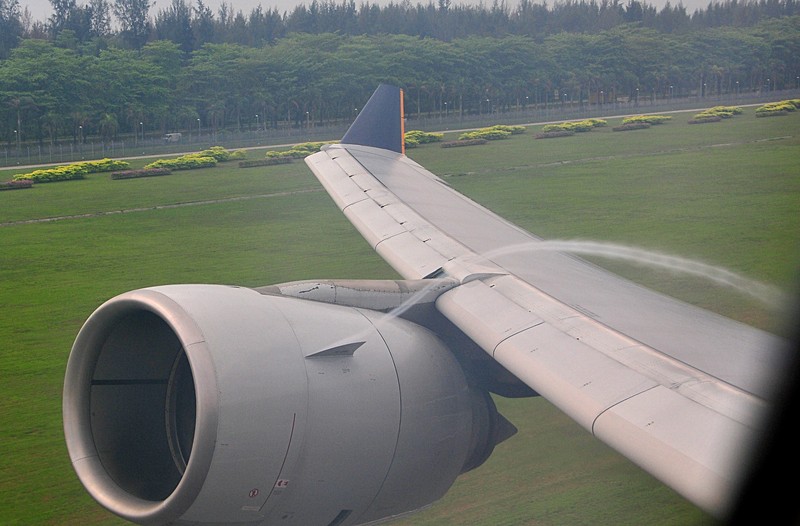 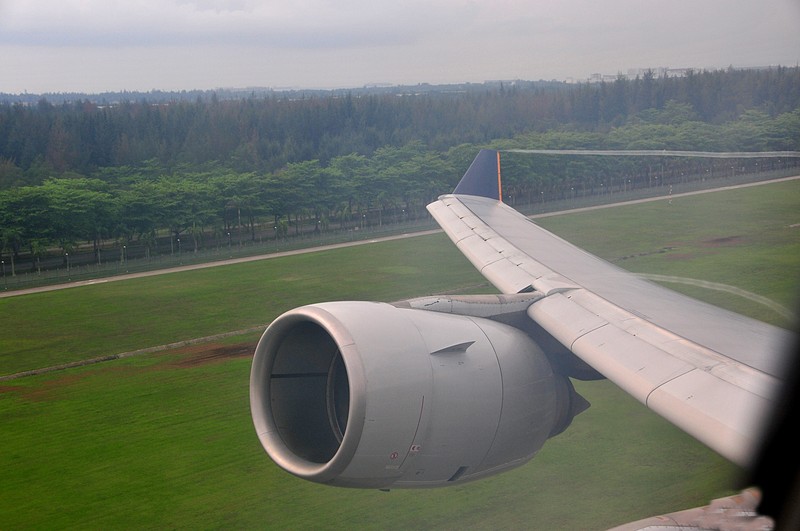 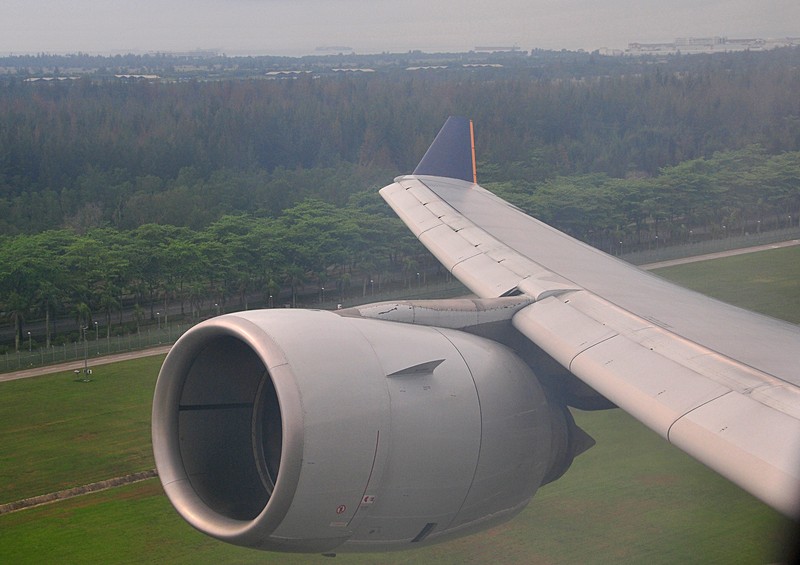 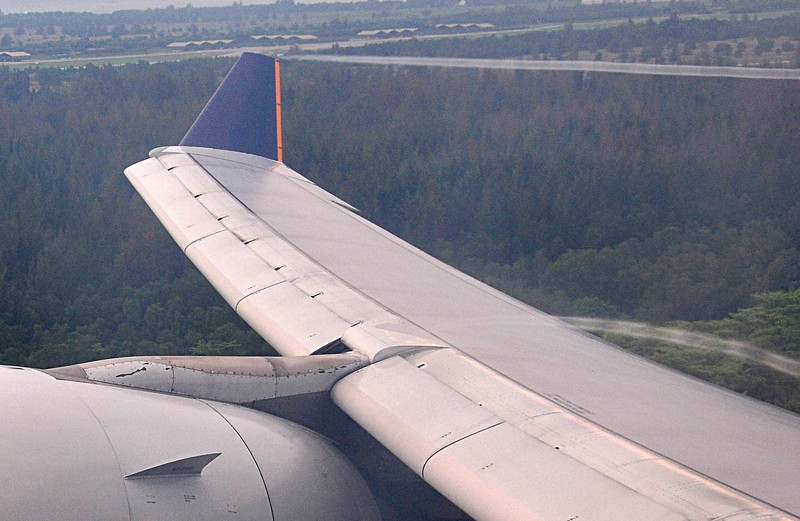 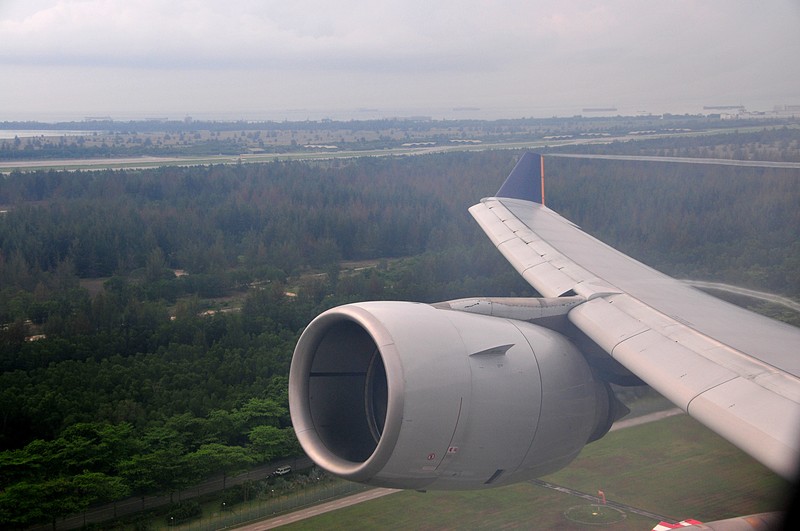 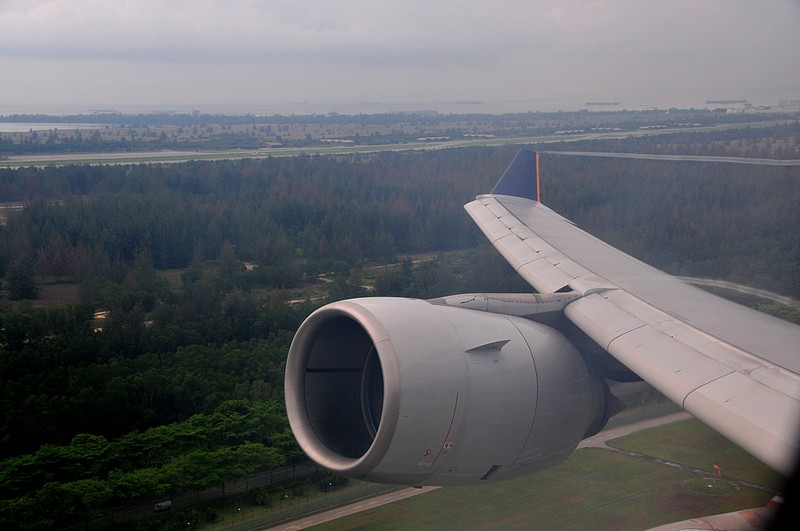 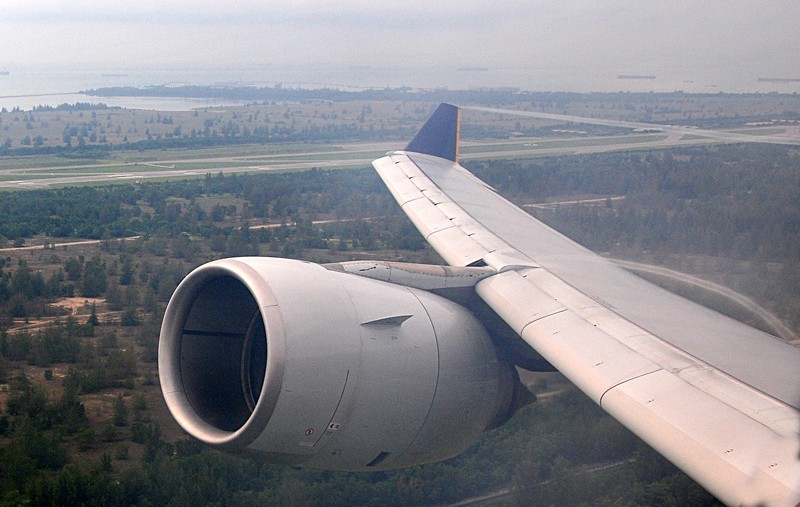